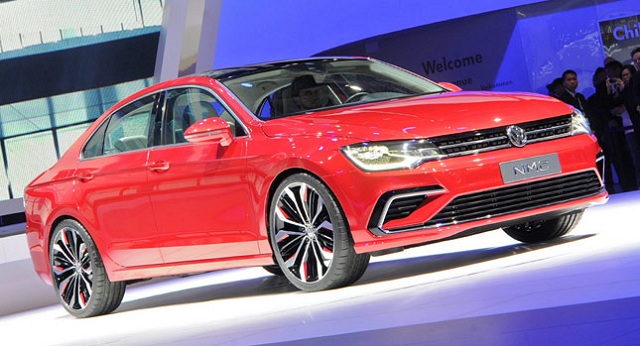 It is not hard to figure out where the Volkswagen group is training their guns next, especially after unveiling its New Midsize Coupé (NMC) concept car at the Beijing Auto Show in China. As the name suggest, the NMC body has linear yet sporty lines, and is a tad shorter version of the German manufacturer’s popular sedan—the Jetta.

The new concept rides on VW’s Modularer Querbaukasten (MQB-B) platform. The designers have also given it a lower and wider profile than the VW Passat, bringing it under the “sports sedan” bracket, but without forsaking the “practical side,” says the company.

But will the VW’s tame sports sedan be a challenge to the CLA or cars that fall under the category—the BMW M235i or the much sharper Skoda Vision C unveiled in Geneva in March. The first impression suggests the VW might only end up being a cosmetic rival to the BMW or the Mercedes. Then again, the NMC concept is a work in progress and the VW designers are still figuring out the final production model specifications.

One has to admit that the NMC looks its part, with aggressive exterior styling while the interiors are more-or-less a copy of the company’s Golf models. Come on guys; work on that, will ya?

Rumors have it that VW is looking at mass production of the NMC from their China plant within 18 months.