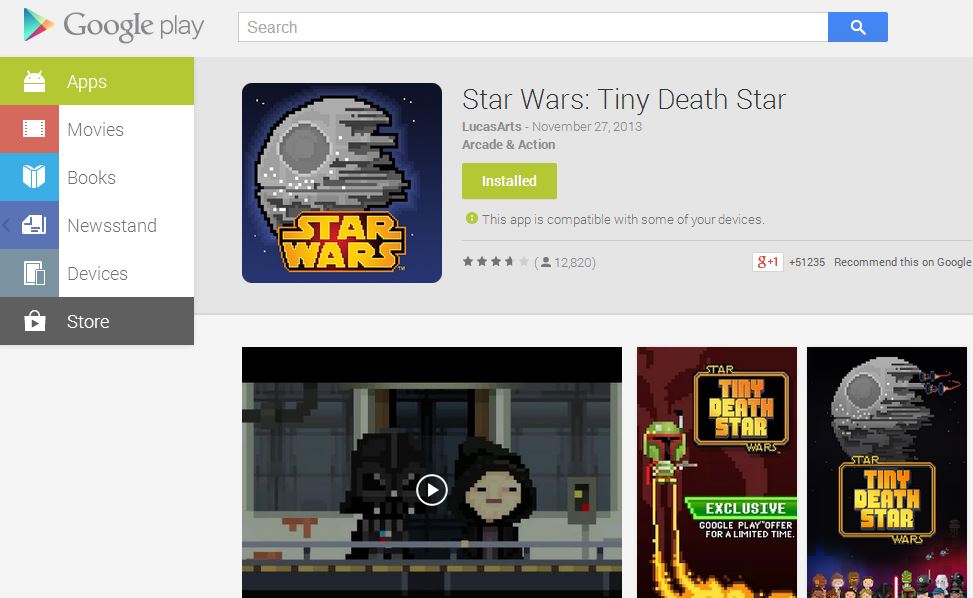 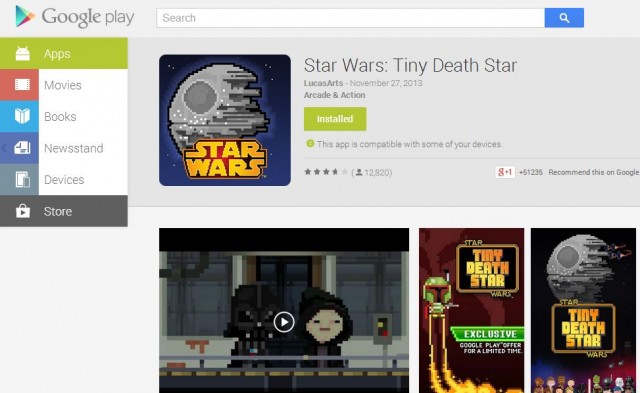 Yes, there are people trampling over one another to get a cheap 21-inch 720p HDTV today, but you don’t have to brave the crowds to get a good deal. In fact, some of the better deals aren’t on physical hardware at all.

Case in point, if you head over to the Google Play Store right now, you’ll find that Google is celebrating all Cyber Weekend with discounts on all sorts of content. This includes many popular apps and games, as well as digital content like music, movies and books. You get get The Hangover Part III for just $3.99 for example.

I’ve been playing Star Wars: Tiny Death Star for the last week or so and it’s a great little game. Yes, it’s a little bit of Farmville, but it’s in the Star Wars universe and it’s totally awesome. For Cyber Weekend, you’ll find that you can get an exclusive Google Play bundle with some Bux, some Coins and an unlock for Boba Fett.

And do you know what’s the best part about this whole Black Friday, Cyber Monday kind of sale at the Google Play Store? Because it’s digital content, they’ll never be out of stock. Booyah.