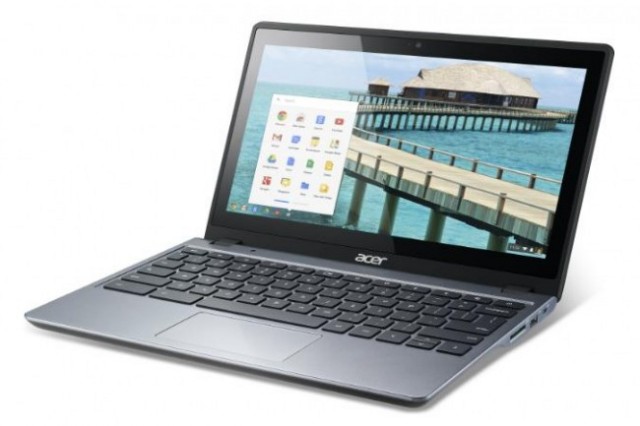 Up until now, the only way you could go about getting a Chromebook with a touchscreen was to invest in the Chromebook Pixel for about $1,200. Acer has now announced a far more affordable option with its touchscreen-enabled C720P Chromebook, listing the little laptop at a mere $299.99.

The specs are understandably not as impressive as the Pixel, but you are paying about a quarter of the price. The Acer C720P Chromebook gets an Intel Celeron 2955U Haswell processor to go along with its 2GB of RAM, 32GB SSD, and 802.11a/b/g/n Wi-Fi. The 11.6-inch LED-backlit display has a resolution of 1366 x 768 and, yes, it’s a touchscreen.

Rounding out the highlights are USB 3.0, USB 2.0, HDMI out, Kensington lock, webcam and headset jack. It weighs in at 2.98 pounds and measures 0.78 inches in thickness. There is only the 32GB SSD, but you get 100GB of Google Drive cloud storage too.

Whereas the non-touchscreen Acer C720 Chromebook sells for $199, the touchscreen-enabled C720P is expected to sell for $299.99 when it starts shipping in “early December” to Amazon, Best Buy and the Acer Store.