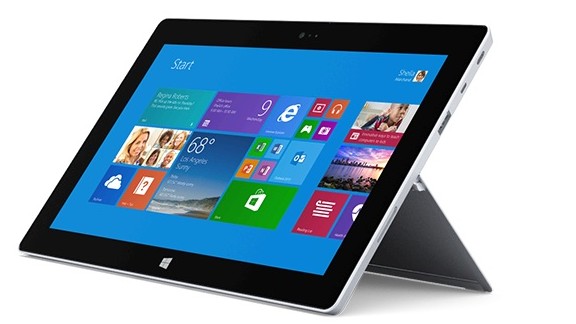 When the Microsoft Surface tablet launched last year, I thought it was a decent enough piece of hardware, but the Windows RT platform really hurt it. There was tons of consumer confusion, because they didn’t really know that it wasn’t a “real” version of full-blown Windows. RT ended up being neither here nor there. And now, Microsoft may finally be seeing the light.

Microsoft senior executive Julie Larson-Green has indicated that Windows RT could be on the outs from the company. During a UBS seminar, she said that RT was “our first go at creating that more closed, turnkey experience” that we find with iOS on the iPad, but they could be spreading themselves too thin. “We have the Windows Phone OS. We have Windows RT and we have full Windows. We’re not going to have three.”

They’re certainly not axing full-blown Windows and they’re not abandoning Windows Phone, so Windows RT is the definite candidate for the slaughterhouse. RT has been anything but a resounding success, both for Microsoft and OEMs, whereas WP is on the rise, mostly thanks to Nokia. All the OEMs are already abandoning ship with RT, as the market for that class of product never materialized.

My guess is that, moving forward, RT gets the axe, but Windows Phone will continue to scale up to larger and larger screens, perhaps one day doing what Android did and taking the leap into tablet-sized devices too.