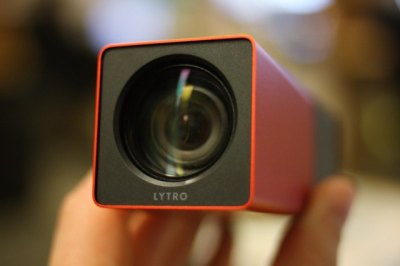 You might remember the Lytro camera from a while back. The idea with the rectangular tube of a camera was that you were able to change the focus on an image after it was captured. That’s pretty crazy, but it was a very niche product that didn’t get much mainstream exposure.

Well, Apple has now gone ahead and been awarded a patent using camera tech that builds upon the focus-changing Lytro. Apple did cite Lytro’s design as “prior art” in its patent application, but Apple did go on to say how its technology improves image quality and increases the maximum possible resolution of the image, the latter of which was quite the sticking point for Lytro.

Using plenoptic tech, the new Apple camera can alter what is and isn’t in focus after the photo has already been taken, using a movable adapter between the image sensor and the external lens element. By doing this, Apple could have higher res images when it needs it, but it could have a separate mode for some Lytro-like refocusable action.

If you’re hoping to see this Lytro-like ability in the iPhone 6, you’re probably going to be disappointed. There’s still more work to be done, so it might be another generation or two before we see it implemented properly. After all, the original patent was filed back in 2011.