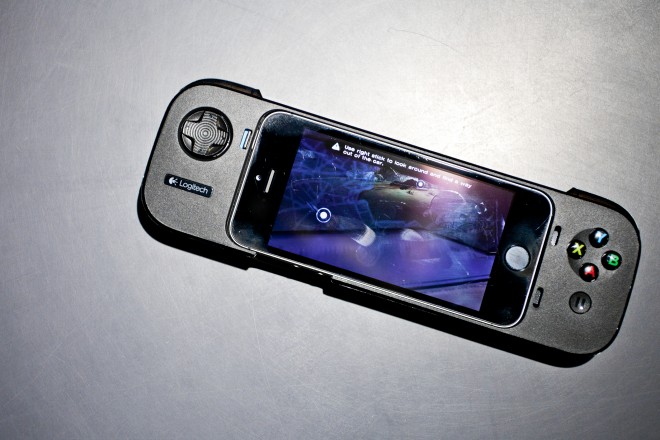 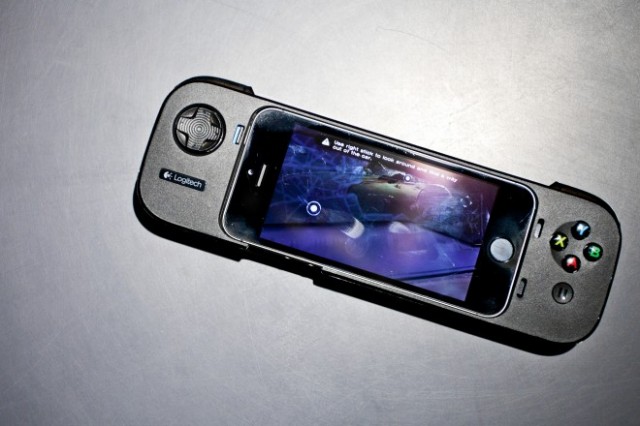 We’ve seen a lot of third party controllers for the iPhone and iPad, but none of these have really officially received a real stamp of approval from the folks in Cupertino. That has now changed.

During a developer conference in June, Apple announced a new iOS feature called Made-For-iPhone (MFI). This would be the official licensed controller standard so that game developers and accessory makers could have some sort of official way to map iOS controls to physical buttons. By having a real standard, you’ll no longer have to deal with the disjointed and fragmented nature of iPhone controllers.

And now, finally, we are seeing the first official game controller to take advantage of this MFI standard. It’s called the Logitech Powershell and it clamps around your iPhone 5 or iPhone 5S in landscape fashion, providing you with an experience that’s almost like an extra wide Sega Game Gear. There’s an analog d-pad on the left and four face buttons on the right, the latter of which look a lot like an Xbox. You’ll also find two pressure-sensitive trigger buttons. The Powershell itself weighs twice as much as your iPhone and connects to the Lightning port.

It’s pretty clear that mobile games, especially on iOS, have taken a huge chunk out of the PS Vita and Nintendo 3DS business, but it’s not yet clear whether it will take a similar bite out of the PS4 and Xbox One. Those are entirely different beasts, but having a real MFI controller could make gaming on an iPhone that much better.