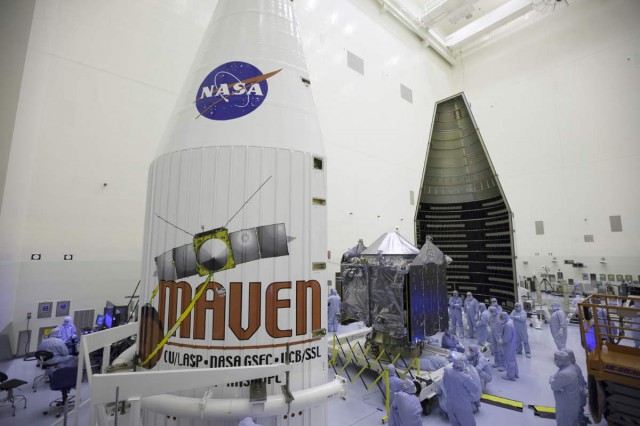 They already have the Curiosity rover roaming its way around the Red Planet, but what about the Martian atmosphere? NASA has just launched another mission to Mars and this time, they’ll be trying to uncover the rich and wet past of the fourth planet from the sun.

The MAVEN spacecraft, which stands for Mars Atmosphere and Volatile EvolutioN, sat atop an Atlas 5 rocket at 1:28 EST earlier today, blasting off from the Air Force Station in Cape Canaveral, Florida. It’s going to take ten months for MAVEN to reach its destination.

When it gets there, MAVEN will begin its elliptical orbit of Mars, gathering data and information about the planet’s atmosphere. This will give the scientists back here on Earth some insight into what may have caused Mars to change from its past as a warm and wet world into the cold and dry planet that exists today. Each trip takes about 4.5 hours.

The Curiosity rover has already found evidence of Martian surface water, but what happened to all of it? The atmosphere of Mars today is only one percent as thick as what we have on Earth. The MAVEN probe won’t actively seek signs of life, but it could act as a communications relay to the Curiosity and Opportunity rovers that are on the Red Planet already.