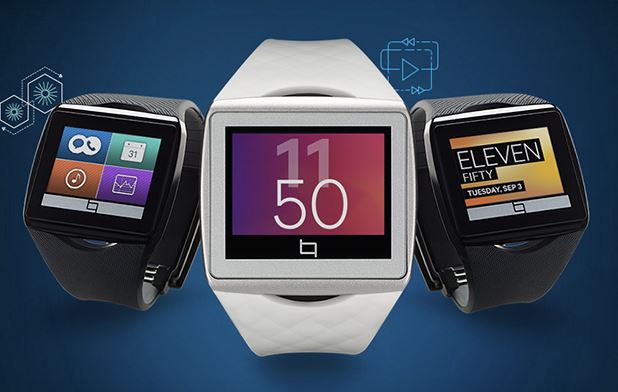 So, you’ve got the Pebble at around $150, the Sony SmartWatch 2 SW2 at $200, and the Samsung Galaxy Gear at $300. What if you wanted to spend even more on a smartwatch? While you may only know Qualcomm for its Snapdragon processors, the company is entering the wearable arena with the launch of the Qualcomm Toq smartwatch.

Set to launch on December 2, the Toq smartwatch will be available exclusively through the Qualcomm website for a cool $349.99. This will make it one of the most expensive smartwatches on the market today, save for a couple of niche products, so what is the chipmaker doing to justify the higher cost?

Just like the offerings from Sony and Samsung, the Qualcomm Toq will also hae a touchscreen-based interface, but it’ll also come with Mirasol technology. The low-energy screen tech means that you’ll still be able to read your notifications in direct sunlight. There are no buttons on the watch itself.

The Toq is powered by a lightweight OS, presumably based on the Google Android platform. Unsurprisingly, it is only compatible with Android devices, so all your iPhone owners are left out of the Qualcomm equation, at least for now. Early testers are saying that the OS on the Toq is more responsive than the one on the Galaxy Gear.