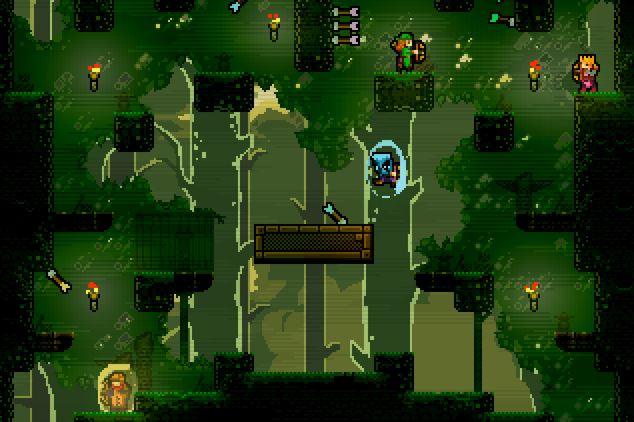 Okay, so people are getting their hands on the brand new PlayStation 4 this week and they’re getting excited about all the jazzy graphics from all these next-gen AAA titles, but is that really enough? What if you take some really old school-looking graphics and ported them over instead?

The Ouya Android console doesn’t have much in terms of big hit games, but the Smash Bros-like TowerFall got its share of accolades. Now, an updated version has been announced for the PS4. Also set to launch on PC at the same time, TowerFall: Ascension takes the four-player crazy combat from the original TowerFall and adds “so much new stuff,” according to developer Matt Thorson.

The graphics are very reminiscent of the 8-bit era, but you do get a platform-style four-way combat system similar to the Smash Bros. franchise. There is more of a focus on bows and arrows, but the idea is similar. With this port over to the PlayStation 4, Sony is further demonstrating its commitment to pushing indie games onto their platforms.

TowerFall is still an Ouya exclusive, but that six month period will run out next year. Then, it’ll land on PC and PS4 for your medieval melee pleasure.