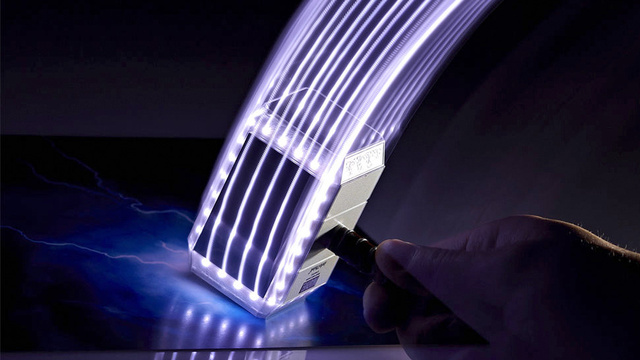 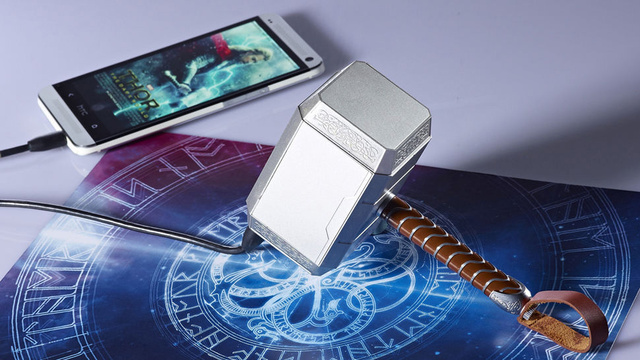 There are tons of USB battery packs out there already, but the vast majority of them take on a rather generic appearance. They’re usually a plain and boring silver box. Such is not the case when you enlist the help of Marvel, S.H.I.E.L.D. and the Avengers.

Yes, the mighty Mjolnir Hammer can be used to vanquish evil, but this mini version of Thor’s Hammer is just as capable of charging up your smartphone or tablet. And it’ll light up and make fun movie sounds while it’s at it. Coming by way of InfoThink, the replica hammer comes in 2500mAh, 5200mAh and 10,400mAh capacities, boasting a 2.1A USB port to charge your mobile devices.

While it will surely drain away some of its juice in doing so, the hammer also boasts a series of LED lights along its edges and when you swing the mighty hammer, it makes swooshing noises. You can pretend you’re pummeling some alien scum or something. In any case, the largest of the remarkably tiny hammers sells for about $125.