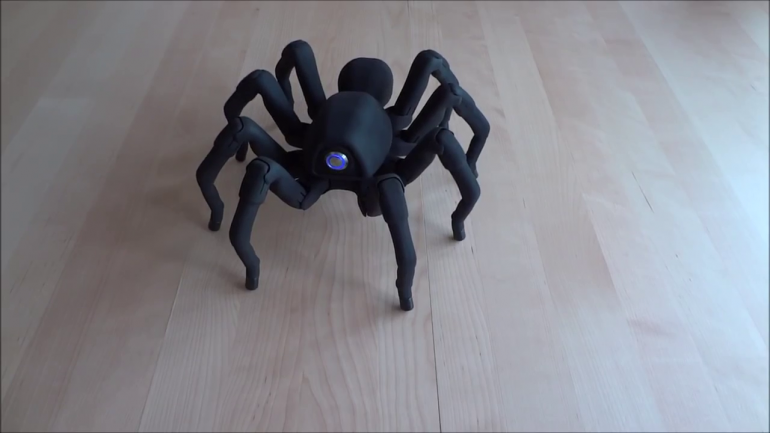 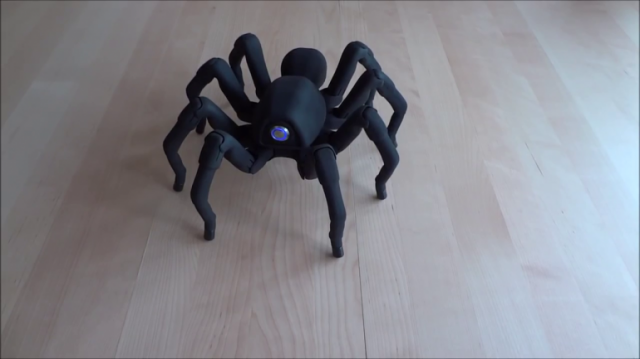 Have you ever wanted to have a pet tarantula, but you’re a little too creeped out to actually do it? How about a relatively inexpensive robot version instead that is remarkably lifelife?

You might remember the Robugtix T8 tarantula robot from last year, but considering that if you were to order one today, it’d cost you a cool $2,950. That’s out of reach for many a robot spider enthusiast, so now Robugtix is coming up with a more affordable option that it calls the T8X. The regular retail price on the T8X will be $799 when it ships next June, but if you pre-order before January 1, you can score one for $499.

Whereas the T8 used a form-fitting exoskeleton produced with a 3D printer, the T8X uses cheaper injection-molded plastic parts instead. The XBee communication has also been replaced with convention Wi-Fi. You also get touch sensors and an integrated charging system. There are 26 servo motors in all and you can tinker even further with the SDK.

To get a sense of what you’d get with the “cheaper” Robugtix T8X, have a look at this video of the T8 below. Pre-orders are being taken on the Robugtix website now.