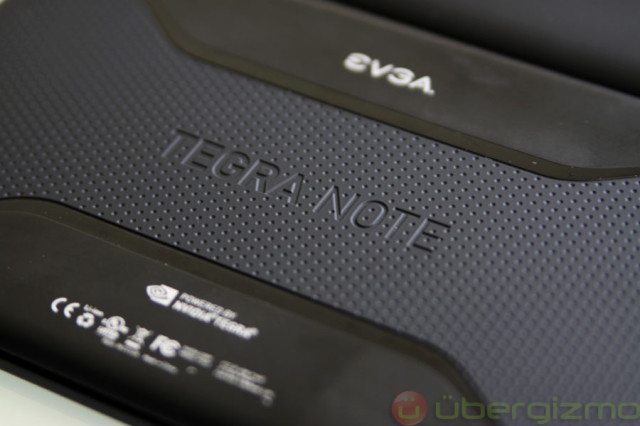 You have quite a few options in the $200 range for Android tablets, including the Nexus 7, Galaxy Tab 3 7.0 and the Kobo Arc 7HD. Now, you can add at least one more contender to that list: the NVIDIA Tegra Note 7.

As can be expected, the NVIDIA Tegra Note 7 is rocking the NVIDIA Tegra 4 chip under the hood that should allow for optimal gaming performance. And yes, that’s a 7-inch display with a resolution of 1280 x 800. That’s decidedly lower than the 1920 x 1200 display on the Nexus 7, but you do get a stylus similar to that offered with the Galaxy Note range from Samsung. This stylus has both “brush” and “chisel” tips.

Running through the rest of the specs on this EVGA-produced device, we find a 5MP HDR main camera, VGA front camera, 16GB internal storage, and microSD expansion slot. If you dig the shield, but would prefer more of a conventional tablet form factor, the NVIDIA Tegra Note 7 could be a decent fit for you at $199. Pre-orders are being taken now with delivery expected for November 19.