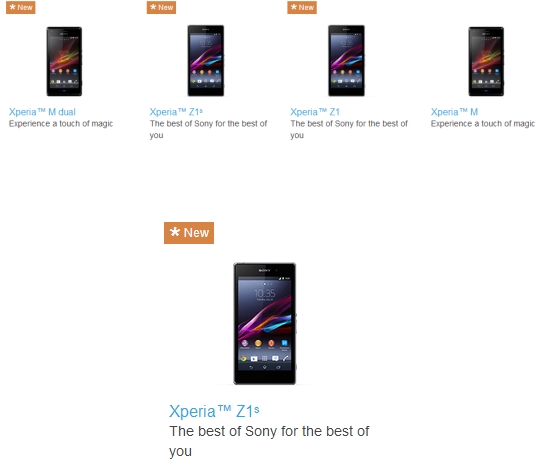 Details are still sketchy at the moment, but we did know that the Sony Xperia Z1f was going to be a Japan-exclusive. As it stands, it’s looking like the Xperia Z1s is simply the international version of that same phone. You can expect it to fall toward the upper end of the spectrum, including the IP58 dust and waterproof certification that we’ve seen with other flagship Sony devices.

Word is that the Xperia Z1s will have a 4.3-inch HD display, powered by a quad-core Snapdragon 800 processor and 2GB of RAM. It’ll also have 20MP main camera, a 2MP front-facing camera, 16GB of internal memory and a 2300mAh battery. The other phones in this range launched with Android 4.2 Jelly Bean, but it’s possible that Sony could update the OS on the Z1s ahead of launch, maybe to coincide with the similar Android 4.4 KitKat updates for the Z1 and Z1f.