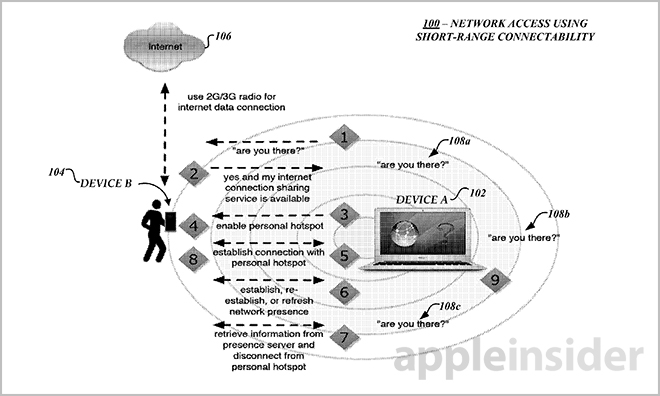 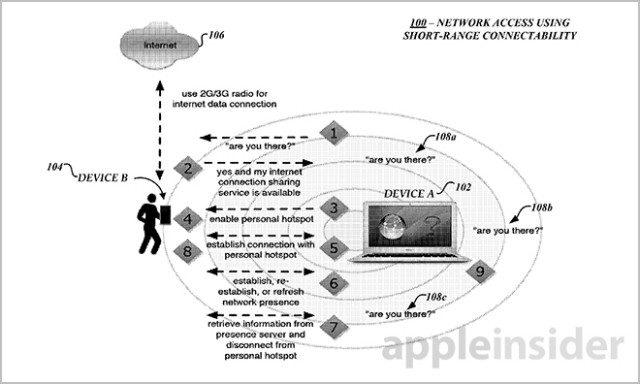 Rumors of an Apple iWatch have been floating around since the time of the 6th-generation iPod nano, but it looks like we’re getting much closer to that reality. Apple has apparently filed a patent with the US Patent and Trademark Office (USPTO) for a new kind of wireless technology that could be more power efficient while providing full network connectivity.

The application calls for “network access using short-range connectability,” and it seems like the general idea would be to push network data over a Bluetooth connection (or similar). The smartwatch would pair up with the iPhone and the iPhone would effectively share its network connection with the smartwatch on an as-needed basis, working much like a mobile hotspot without having to rely on battery-draining Wi-Fi. 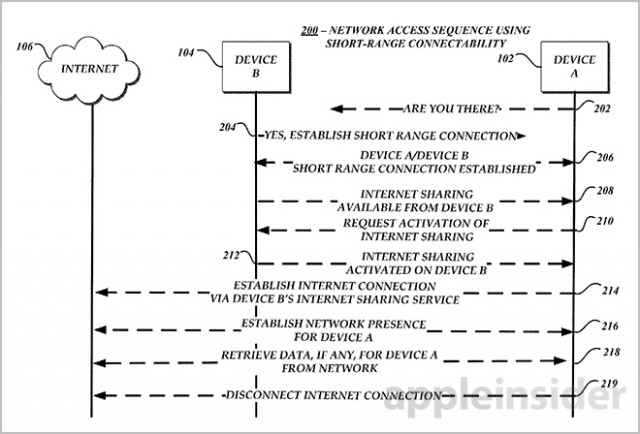 As I understand it, one of the key differences between how this supposed wireless tech would work and how the current suite of smartwatches work is that the iWatch could then make a more direct connection to the Internet. It’d simply be using the iPhone as a hotspot, rather than getting the iPhone to pre-process all of that data before sending a push notification to the watch itself. The iWatch, for example, could be getting its data from iCloud or some other remote cloud. When the iWatch no longer needs Internet access, it severes that connection and saves battery.

It’s not completely Earth-shattering, but it does represent a different way for smartwatches to work. The patent itself makes no mention of a watch, referring only to the product as a primary device, but it sure fits the bill. The iWatch could still have Wi-Fi of its own, but this would be above and beyond that. The rumored iWatch could have a flexible OLED display from LG and could be announced some time next year. That’s all rumor and hearsay at the moment, though.