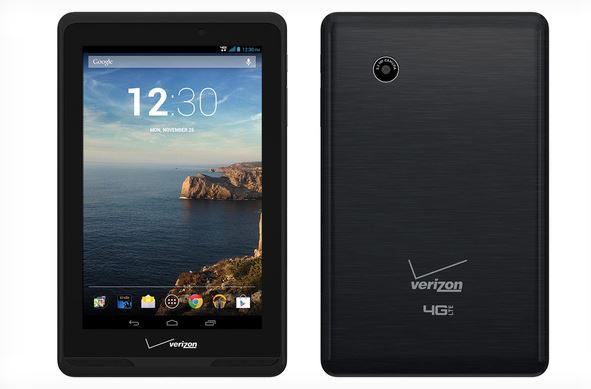 Remember back around 2005 when next to no one knew who HTC was, but the Taiwanese company was responsible for all sorts of carrier-branded smartphones like the Cingular 8125, T-Mobile MDA and O2 Xda Mini Pro? We could be heading back in that direction again.

In addition to a range of tablets from companies like Apple and Samsung, Verizon Wireless is now starting its own line of self-branded tablets called the Ellipsis family. And it begins with the 7-inch Ellipsis 7. As you can imagine, this Android tablet would fit into the same sort of niche as the Google Nexus 7 and the Kindle Fire HDX.

From what we hear, the 7-inch IPS display has a resolution of 1280 x 800, there’s 8GB of storage on board, and it’s all powered by a 1.2GHz quad-core processor and 1GB of RAM. This affordable “HD” tablet also gets LTE connectivity, a front-facing camera, and Android Jelly Bean.

At $249, it is more expensive than a base WiFi-only 16GB Nexus 7, but if you want an LTE-equipped Nexus 7, that gets bumped to 32GB and $349. Given the LTE connectivity but only 8GB of on-board storage, you’re definitely getting a tradeoff. Verizon says this is the first in the Ellipsis family, so it’s likely that we’ll also get a larger (10-inch?) tablet and maybe even a smartphone or two too.