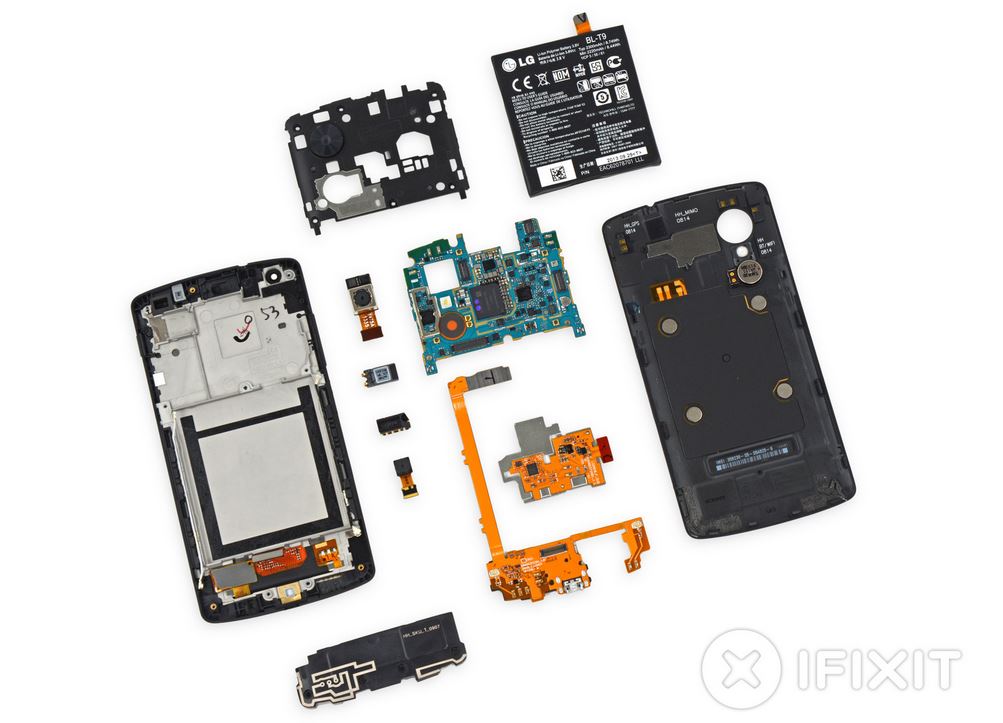 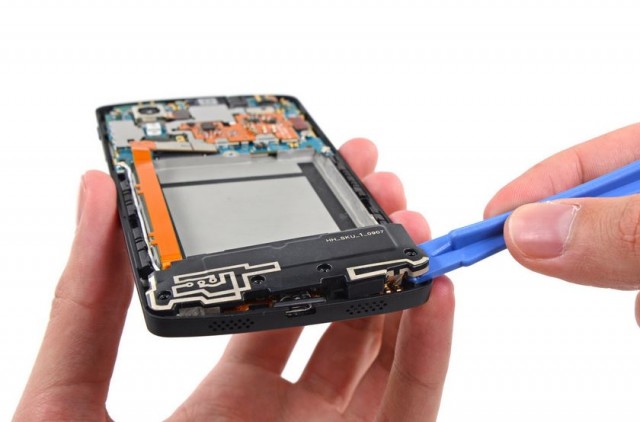 If you were lucky enough to snatch up one of the first units on launch day, then your brand spanking new Google Nexus 5 is likely enroute to your house as we speak. But you might be wondering how easy it will be to repair or dismantle your Nexus 5 when it comes time to fix it.

As has become tradition on the Internet, the brave crew at iFixit have taken it upon themselves to rip the new Nexus smartphone apart to discover all of its innards. And yes, once again, they provide you with not only step-by-step instructions for the whole process, but they’re naturally providing photographs for each step as well.

You’ll learn that even though the Nexus 5 is technically not supposed to be opened by average folks, the phone is held together by plastic clips. They can be stubborn and there is a little bit of glue holding the bottom of the case. Going through the rest of the teardown, we find an LG-sourced 2300mAh battery, Sandisk NAND flash, Qualcomm transceiver, Broadcom Wi-Fi combo chip, InvenSense six-axis tracker, SK Hynix RAM, and Qualcomm audio codec, among other tiddly-bits. 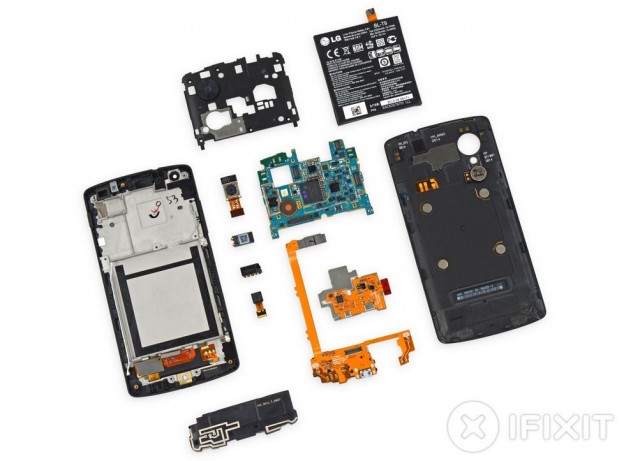 All in all, the iFixit team gives the Nexus 5 a repairability score of 8 out of 10, citing a very modular design that allows for easy independent replacement of parts, only a mild bit of adhesive to contend with, and standardized screws for simple re-assembly. However, fixing broken glass could be difficult or expensive, as the glass and LCD are fused to the display frame.