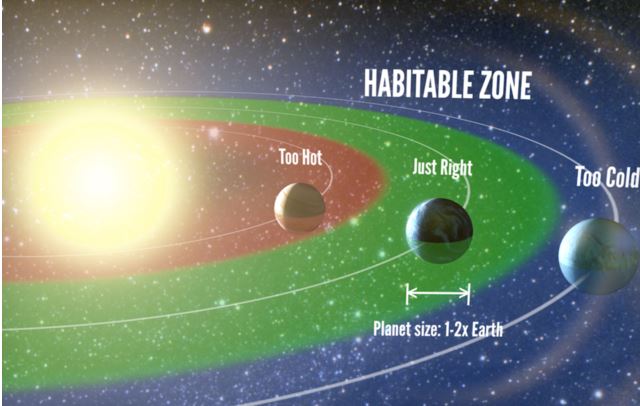 Are we alone in the universe? It’s a fact that, at some point in the future, our Sun is going to die and life on Earth will be effectively wiped out. If we want to continue living at that point, we’d have to pack up our things and move somewhere else… but how many “somewhere elses” are there where we could actually live?

We don’t know, of course, but astronomers from the University of California at Berkely and the University of Hawaii at Manoa have concluded that there could be as many as 20 billion planets in the universe that are both Earth-sized and within what is called the habitable zone.

This is the Goldilocks scenario. If the planet is too close to its star, then it’s going to be too hot. If the planet is too far away, then it’s going to be too cold. And we’d also want a planet that is roughly the same size as Earth. What scientists do now to detect planets is to see when the stars “dim” as the orbit of these planets passes in front of the stars’ light. The bigger the planet, the easier it is to detect… but those probably aren’t the ones where we want to live.

What they’ve done now, by way of a new computer program, is to analyze the starlight data from the Kepler space observatory. They analyzed over 40,000 stars this way and found that just 10 of them had Earth-sized planets. However, many more can go undetected because they don’t directly pass our line of sight and so they believe that for each planet we do see, there could be 100 more that we don’t. Through further analysis, they find that 10 Earthlike planets detected could represent over 9,000 in habitable zones.

There are about 100 billion stars in the Milky Way and, doing the math, that works out to about 20 billion Earth-sized planets. That’s something. There are other factors that need to be considered, like atmospheric composition, but at least we know we have options. We just have to figure out how to get there.