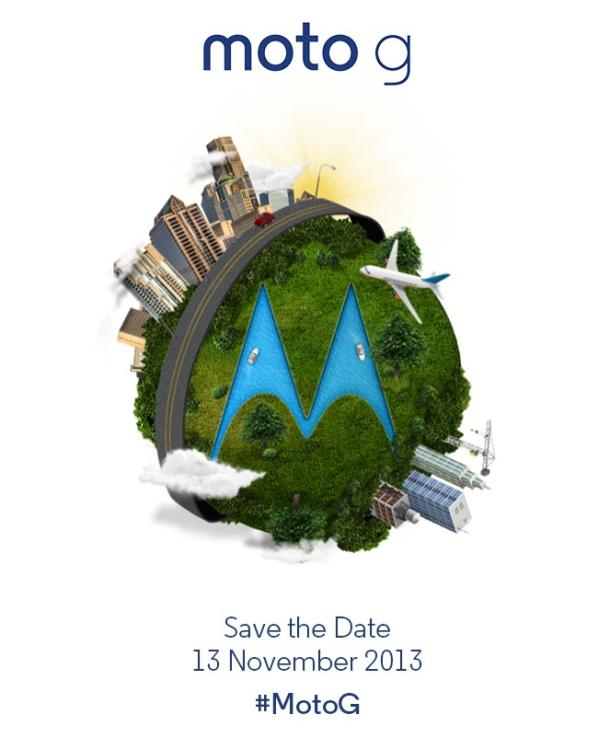 Well, that above image is pretty self-explanatory. Motorola has sent out a bunch of “save the date” invitations for a special event on November 13 wherein they will quite clearly tell us all about the Moto G.

The invitation doesn’t say specifically what the Moto G is, but all the rumors are saying that it will be a cheaper version of the Moto X smartphone that is already available. This version will come with lower specs, but this will also be accompanied by a lower price tag too. It’s quite possible that it will also be eligible for the Moto Maker customizations, but that has not yet been confirmed.

As I’ve said before, I think the Moto G is going to be what the Moto X should have been in the first place. We’ve gotten to the point in smartphones were higher-end specs offer diminishing returns and it’s so much more about improving the overall user experience instead. If all goes well, the Moto G will likely be priced in the same kind of range as the new Google Nexus 5.