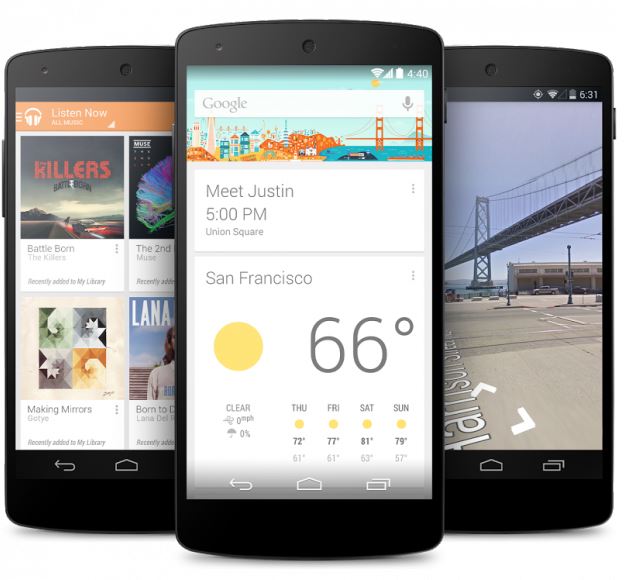 Every time that Google unveils a new version of Android, we ask the question of what’s different and why should we care. And so, with the arrival of Android 4.4 KitKat, we are asking those questions again. One of the most important changes is that KitKat is supposedly built to better run on lower-spec devices, which could open up the way for KitKat on smartwatches or on entry-level phones. It means that it will more easily roll out to a broader range of devices, including legacy devices with as little as 512MB of RAM. And yes, they promise it will be smooth, fast and stable there too.

But what else is new for the rest of us?

First, there is something called immersive mode. This effectively eliminates the navigation bars from the top and bottom, so apps can truly run in full screen. You may have already experienced this in some games, but now it’s baked into the OS. You’ll also notice that the nav bar at the top is translucent, allowing apps to look bigger too.

Second, you know the touchless feature in the Moto X where you can just say “OK Google” to wake the device? That’s included in Android 4.4 KitKat and it’ll accept your voice commands for search, text, or whatever else. Further to this, Google Now will be a lot more prominent, including direct access from teh lockscreen with a swipe.

Next, Google Hangouts will now be the default SMS handler, integrating your text messages with the messages you receive over Google’s IM service. You can use third party alternatives if you want, but Hangouts will be there by default and the old Messages app will be gone. 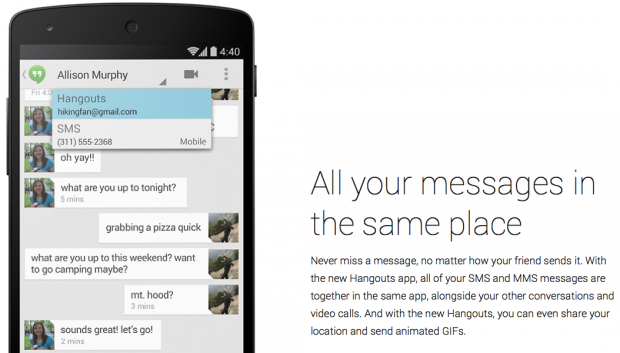 The caller ID and dialer have been improved too. When you’re in the dialer, it’ll pull numbers from your contacts, nearby stores, company emails and whatever else in an instant fashion. If you start typing in the name of a restaurant, it can look up that number in real time without you doing an active search. The caller ID part of it is way smarter too, because the previously unidentifiable inbound calls with unrecognizable numbers will get instantly searched to give you a name too. This is done via the local listings in Google Maps.

Just about every phone can take a screenshot, but Android 4.4 KitKat will introduce the ability to record a video of your screen. This can be anything, just like taking a screenshot. This will be fantastic for tutorials and walkthroughs. There are protections in place to prevent people from recording YouTube, Hulu and other copyright material though.

Other highlights include a new keyboard with integrated emoji support, integrated closed captioning, IR blasting, low-power audio playback (60 hours on the Nexus 5), step-counting sensors and more. When Android 4.4 KitKat will get rolled out to devices other than the Nexus 5 is anyone’s guess, but other Nexus devices will get early dibs and the HTC One is being promised a full rollout in the next 90 days. All in all, it looks like a solid update that builds upon an already good thing.