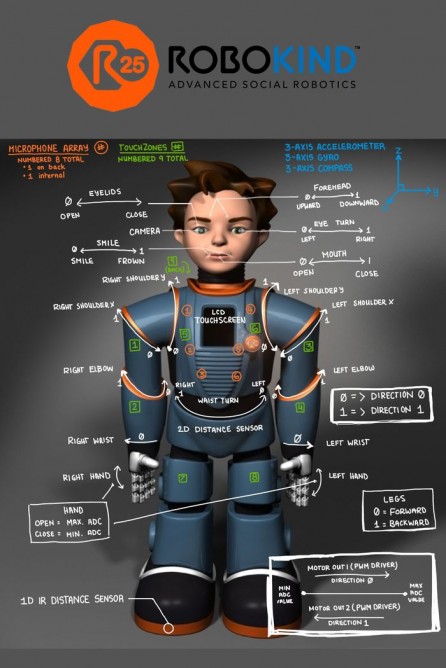 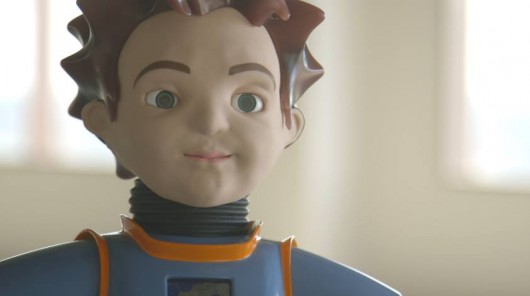 It’s one thing to get robots to mimic human movement, but it’s another thing altogether to get them to mimic human emotion and facial expressions. A Dallas-based company wants to provide you with that robot companionship in the form of the more affordable RoboKind Zeno R25.

This robot is being offered at a sixth of the price of the company’s Zeno R50, but it’s supposed to offer some pretty advanced features. The idea here is that you get a robot that will display “real” human emotions, recognizing your voice and responding accordingly. This is all by way of some advanced artificial intelligence that the RoboKind will continue to improve and expand.

The brains of your cute robot friend include an OMAP 4460 dual-core 1.5GHz ARM Cortex-A9 processor, 1GB RAM and 8GB of storage, plus a microSD expansion slot. They’re using open source software and the Zeno R25 stays connected via Wi-Fi and Bluetooth. The 5MP camera is located in the right eye, so the bot can see you, and then it has an eight-microphone array to listen to you. A variety of other sensors, like infrared and gyro, are also included in the body, plus nine touch-sensitive areas and a 240 x 320 touchscreen on the chest.

I can see how something like the Zeno R25 could be this generation’s far more advanced version of Teddy Ruxpin, reading books, telling stories, and answering questions in real time by searching for answers online. They also say that the bot could be great for autism therapy. Whereas its Zeno R50 predecessor sold for $16,000, the Zeno R25 is going to be only $2,700.

Check out the Kickstarter page and the embedded video below for more information. The first deliveries are being planned for March 2014.