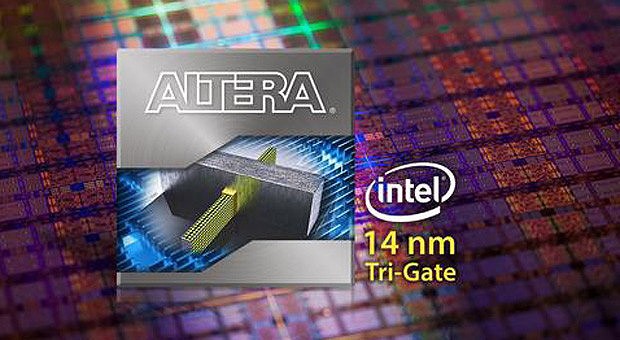 Ever since the launch of the iPhone 5S, people have been talking about the utility of 64-bit architecture on mobile devices like smartphones and tablets. Some people say it’s useless and unnecessary, whereas others say it represents the future of mobile computing. Not to fall behind the competition, Intel looks like it wants to be on the bleeding edge instead.

Word on the street is that the first 64-bit quad-core chips based on ARM architecture won’t come from Samsung, Qualcomm or NVIDIA. They’re going to come from Intel. This comes by way of Altera, one of Intel’s largest chip manufacturing customers. The quad-core, 64-bit ARM Cortex-A53 CPU will be placed on the company’s Stratix 10 system on a chip (SoC).

And yes, the Samsung-sourced Apple A7 is ARM-based and it is 64-bit, but it’s only a dual core chip. This new version coming from Intel will be a quad core unit using Intel’s 14nm architecture. However, it looks like the new Intel chip won’t be competing in the smartphone market, focusing instead on networking equipment instead.