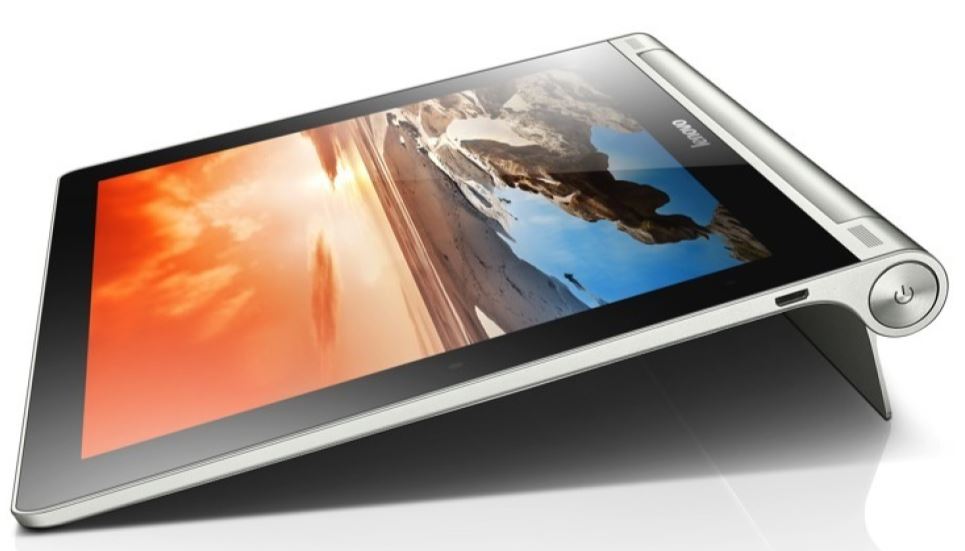 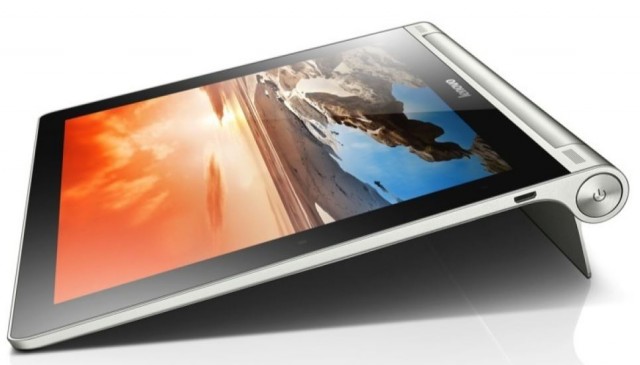 Lenovo already offers a range of tablets under its ThinkPad and IdeaPad umbrellas and you’ll also find a number of convertible notebooks that flip around under the Yoga banner. Now, Lenovo has combined the two ideas with the new Lenovo Yoga Tablet, available in your choice of 8-inch and 10-inch flavors.

The first thing that will strike you about the design is the cylindrical portion on one end. This tube serves a couple of key purposes. One, it gives you a great place it hold it for reading books and watching videos. That’s good for ergonomics. Second, the tube contains a larger battery than what could normally be housed in a slim slate, bumping you up to 18 hours of tablet-fueled enjoyment. 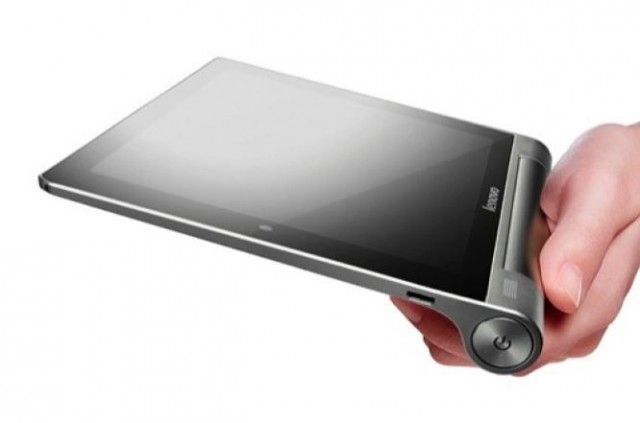 Along with the cylinder, you’ll find a kickstand on the back that borrows some of its flexible inspiration from the company’s Yoga PCs. The screen can fold over up to 135 degrees, effectively allowing for three “modes” of usage. When you have the kickstand closed, you have “Read mode” for fairly normal tablet usage. When you kick it out so that it props up the tablet vertically, you get “Stand mode” for video watching and maybe certain games. And finally, you can leave the kickstand out and lay the tablet horizontally for “Tilt mode.” That’s most like using a keyboard, so it could be most suitable for emails and documents.

And, let’s be honest, that’s really what the Yoga Tablet looks like: the Apple Bluetooth Keyboard that comes with an iMac. 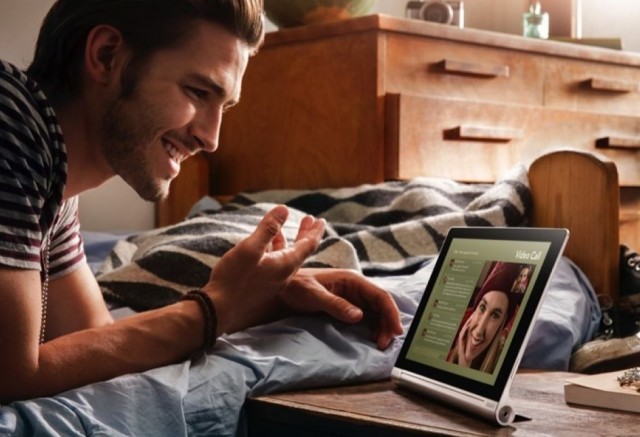 The design offers some unique differences from other seemingly similar Android tablets, but the spec sheet isn’t exactly made to impress. Both the 8-inch and 10-inch models get a 1280 x 800 IPS display, quad-core MediaTek processor, 16GB of storage, microSD expansion, 5MP camera, 1.6MP camera and a heavily skinned Android 4.2.2 Jelly Bean that removes the conventional app drawer.

The 8-inch Lenovo Yoga Tablet goes on sale tomorrow for $249 at Best Buy. The 10-inch model will follow shortly after for $299. Optionally, you can grab the Bluetooth keyboard cover for $69 for the 10-incher too. It’s not crazy, but $299 for a “new” 10-inch Android tablet doesn’t sound all that shabby, especially if lasts 18 hours at a time.