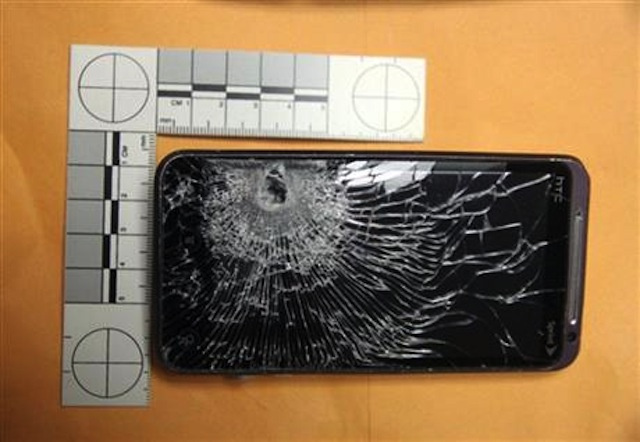 I swear I’ve seen a variation of this story on TV or in a movie at some point, but it’s something else entirely when it happens in real life. An attendant at a Florida gas station was held up at gun point. Things go bad, the crook fires a shot, and the clerk gets slugged in the chest.

He was obviously not wearing a bulletproof vest, but he did have his trusty HTC smartphone in his front shirt pocket. The phone was built so solidly that it actually stopped the bullet. The screen is naturally destroyed and even the battery in the back got warped all out of shape, but the clerk lived. He even retrieved the bullet from his pocket, because the phone did completely stop it. 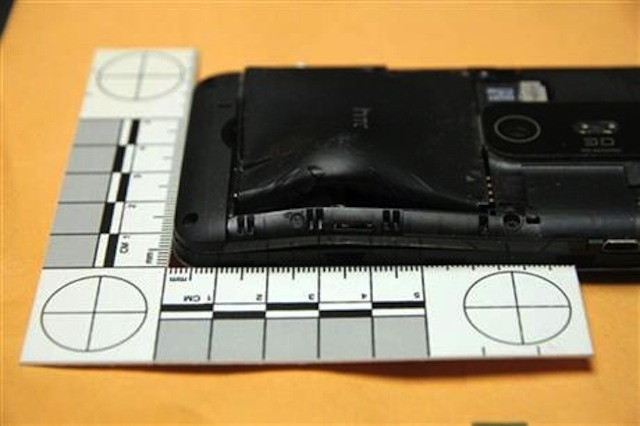 As if surviving weren’t enough, it looks like the gas station attendant has something else to be thankful for. The HTC marketing team have risen to the occasion and are sending him a brand new HTC One, along with some HTC branded accessories and swag as part of a “Glad You’re OK” care package.