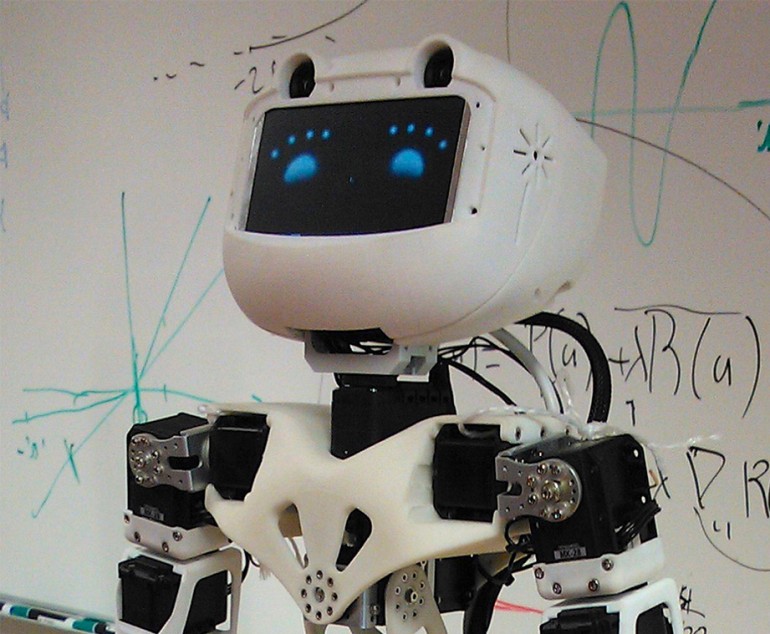 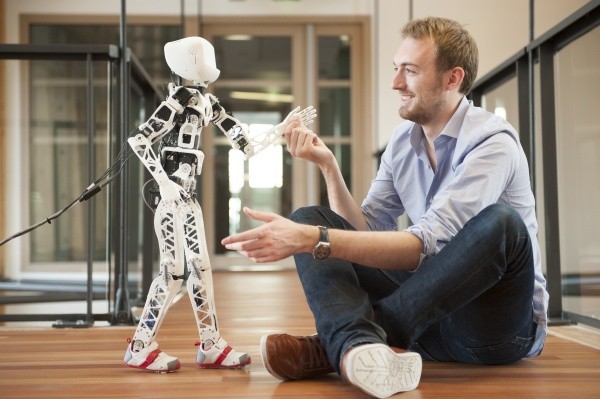 We haven’t quite reached the I, Robot level of electronic companionship just yet, but new robots like Poppy are moving us toward that reality. One of the most fascinating things about Poppy is that each of its components was actually printed on a 3D printer. And the overall cost is far lower than other similar robots.

Standing at just under three feet (33 inches), Poppy came in at a total cost of around $11,000. That includes all the servo motors and electronics, which would naturally be the more expensive parts. They stuck with lighter weight materials, which meant they could use less powerful motors. Poppy also gets 16-force sensing resistors, a pair of HD cameras, a stereo microphone, an LCD screen for a face and an inertial measurement unit. Poppy is powered by a Raspberry Pi.

The goal for INRIA Flowers (FLOWing Epigenetics Robots and Systems), based out of France) was to create a robot that walked more like a human. They gave poppy an articulated spine with five motors, allowing the robot to move more naturally. There are springs connecting the upper and lower leg joints, offering better support without motors. And the feet are small, flat and flexible, allowing for a “heel-toe” step rather than walking flat-footed. You’ll also notice that at the hips that the legs are at a 6-degree inward angle. That puts the feet closer to the Poppy’s center of gravity, reducing the amount of sway while walking. 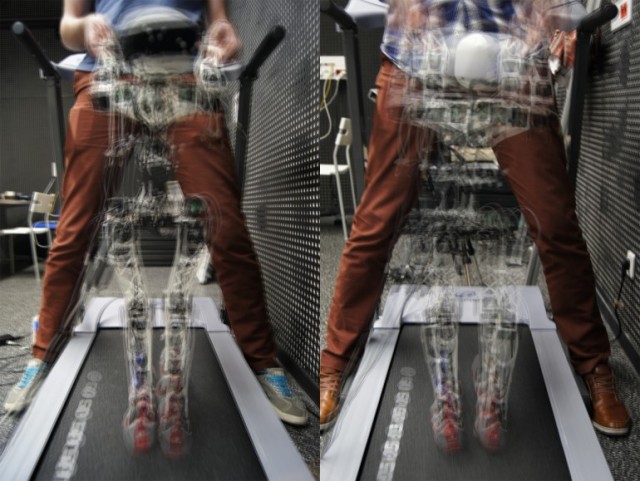 Poppy still needs to hold your hand while walking, but the engineers are working to allow Poppy to walk independently soon. Now it’s only a matter of time before Poppy can challenge Nao to a mountain climbing race, right? 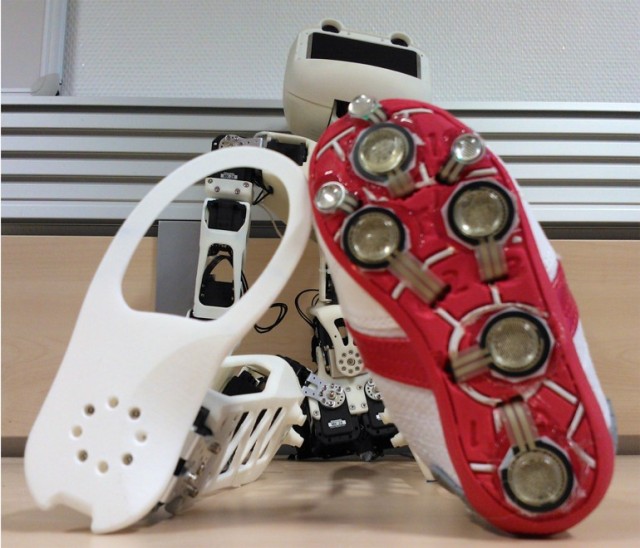 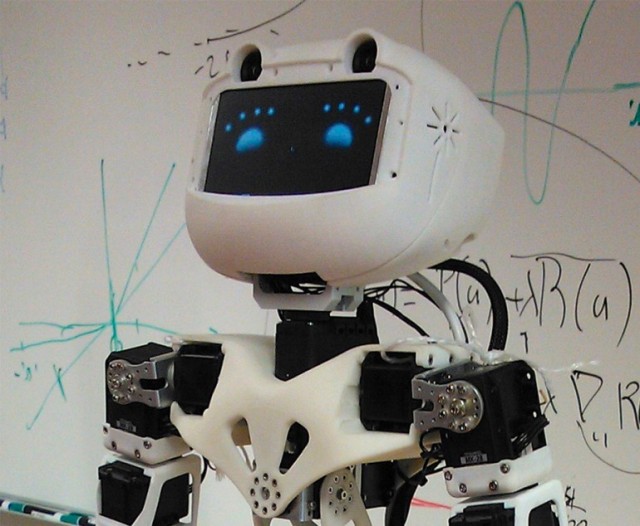