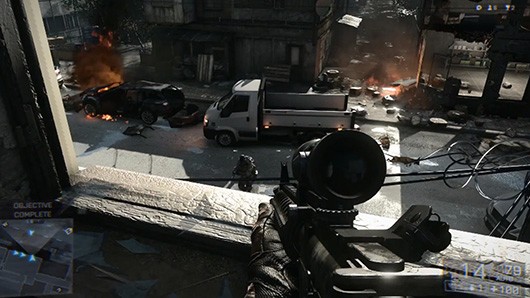 Smartphones and tablets have come a very long way in recent years, really offering a near console-like experience in a far more versatile device. EA Labels president Frank Gibeau agrees, saying that a decidedly “high-end” version of their popular Battlefield franchise is in the works for mobile devices.

More specifically, when interviewed by the New York Times, Gibeau said that the “Commander Mode” in the game is particularly well suited for a touchscreen tablet and that EA is actively “working on a mobile game of Battlefield that will be high-end and high-performance.” Considering how far we can push graphics on phones and tablets, this isn’t as much of a stretch as it may have been a couple years ago.

But it’s not just about having fancy graphics and complex physics, because EA wants to “get these games to inter-operate between platforms.” This is like the Xbox Smartglass app, but I imagine EA wants to take the “second screen” experience even further. They fully recognize that they are “embarking on something no one has ever done before.”

How to Play the Ouya with a PS3 Controller