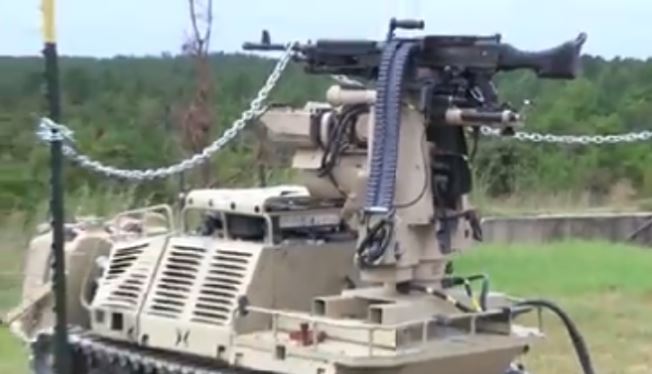 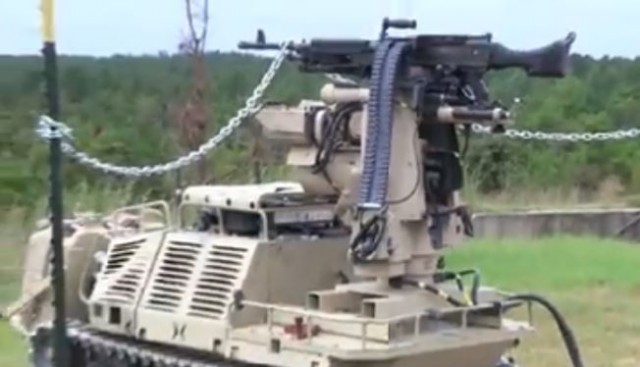 The so-called “Protector” robot had been used in the past to clear paths, carry up to 500 pounds of equipment and dig some defensive positions, but this is the first time that it’s been tested as an offensive weapon. It does only travel at up to 5mph, but it has now been fitted with a M-240 machine gun.

The military has apparently already tested this configuration, hitting targets from up to 500 feet away. That being said, the M-240 apparently has a range of up to 5,900 feet. That works out to a little over a mile or nearly 1.8 kilometers. The Protector robot itself can be remotely controlled by soldiers from up to 3,300 feet too.

It’s not quite the autonomous warfare we see in Terminator 2 robot apocalypse, but it seems that we are getting that much closer to having Skynet go live.