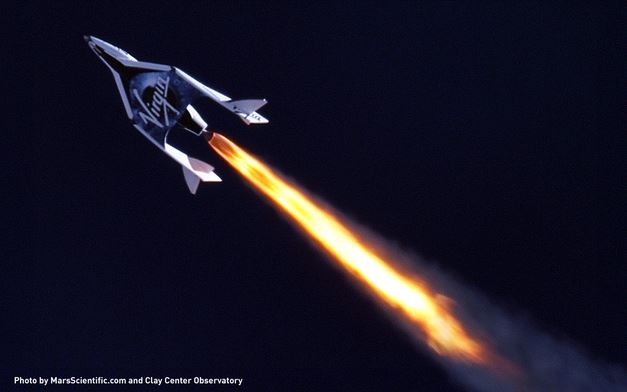 We already know about the space flight ambitions of Virgin Galactic, but the same kind of technology could be parlayed in far faster flights around the world too. This comes by way of Stephen Attenborough, the company’s commercial director and presumably the far less documentary-centric cousin of David.

At the Wired 2013 event in London, Attenborough said that if they “can get this first step right, take people into space and keep them safe in a commercially viable aircraft,” then they’d be able to “push long haul aviation” at some point in the future. You’d effectively blast into space, truck along with zero air resistance, and end up at your Earthbound destination in far less time.

Indeed, the flight between London and Australia could take as little as 2.5 hours. Compare that to a conventional commercial flight today, which would typically require a connection and would have a total flight time of nearly 24 hours. The claim that such a flight would be more eco-friendly — since the emissions are released outside of the Earth’s atmosphere — is dubious at best, since you would still have to get that rocket out of the atmosphere in the first place and that’s likely where you’d see the most emissions anyhow.

Yes, it will be very expensive, especially since the current Spaceship Two capsule only holds six passengers, but it could point toward the future of intercontinental travel. And you’d get a bonus space flight with a few minutes of zero gravity to boot.