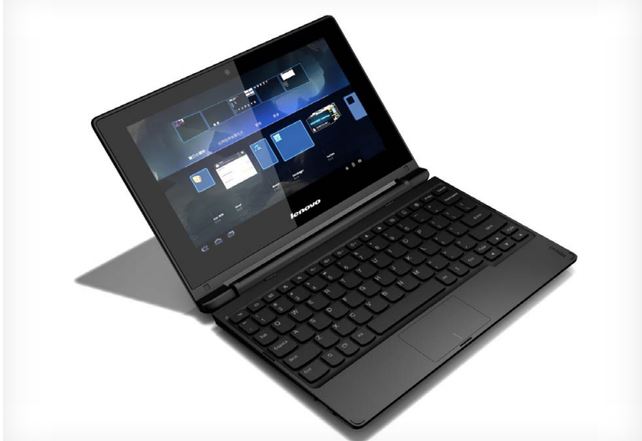 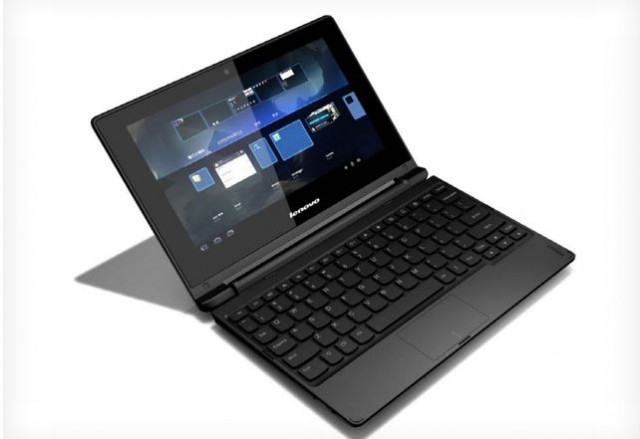 Let’s go back to when Android tablets were still trying to find their place in the market. You might remember when the Asus Eee Pad Transformer made its debut, giving you a laptop-like experience on an Android tablet. Be prepared to relive those memories again, but this time from a different company and at a much lower price point.

Previously leaked and now confirmed, what you see here is the Lenovo A10 Android laptop and it’ll presumably be marketed under the IdeaPad umbrella. From what I can gather, this is a straight-up laptop and the keyboard portion cannot be separated from the tablet portion, though I could be wrong.

As far as specs go, you get a 10.1-inch multitouch HD display, 1.6GHz quad-core Cortex-A9 processor, up to 2GB RAM, and up to 32GB storage. It’s almost like a Chromebook, except it’s running on Android 4.2. The render looks a lot more like Honeycomb, but I’m sure that’ll be updated before the A10 launches. It gets a full-size keyboard, plus a trackpad. Rounding out the specs are a VGA webcam and up to nine hours of battery while playing video. You can also flip it around to get “stand mode” for said video-watching.

It won’t win any performance awards, but it looks more than adequate for some media consumption on the go. The good news is that prices will start at around $249. The bad news is that Lenovo has no plans to bring the A10 to the North American market; instead, it’ll ship to Europe, Asia Pacific, Africa and the Middle East.