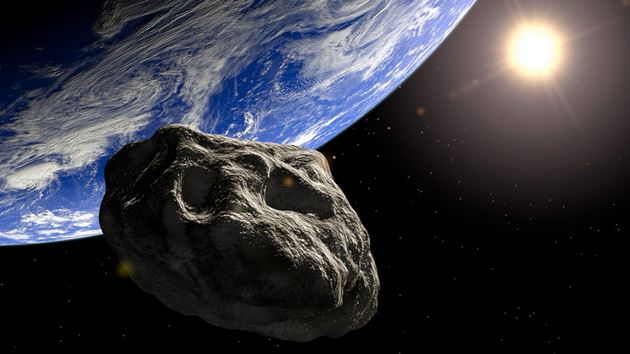 Okay, I could be making a mountain out of a molehill here, but it is a real risk that we should all know about.

Astronomers based out of Ukraine have detected a giant asteroid that could be on a catastrophic collision course with the Earth. The projected date, at this point, is August 26, 2032. The asteroid measures 1,350 feet wide (410 meters) and it is currently at the top of NASA’s Torino Scale, a chart that ranks the impact risk of asteroids. 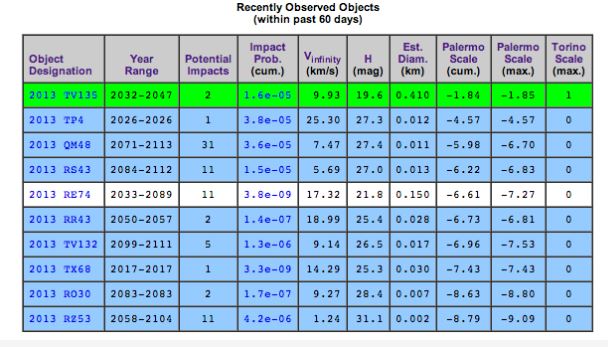 Dubbed 2013 TV135, the asteroid has a potential year range of 2032 to 2047 and it’s estimated to have two potential impacts. The asteroid has since been confirmed by other scientists in UK, Russia, Spain and Italy. With a Torino rating of 1 out of 10, 2013 TV135 “merits careful monitoring.” As it stands, this asteroid could come within 1.7 million kilometers of the Earth’s orbit. If it does make impact, it would be equivalent to 2,500 megatons of TNT. That’s 50 times bigger than the biggest nuclear bomb that has ever been detonated.

The good news is that astronomers currently peg its chances at 1 in 63,000. Maybe we should prepare the nukes.