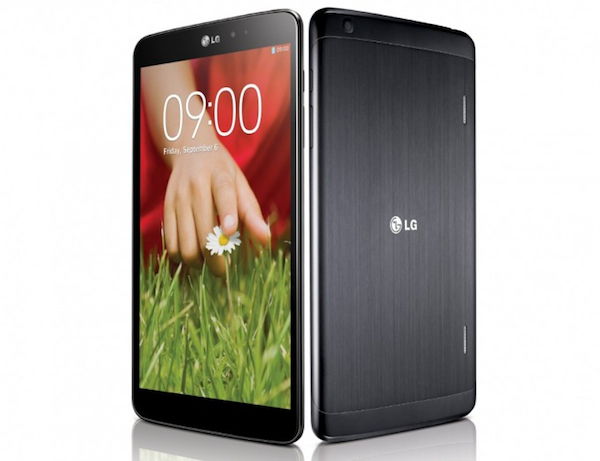 For the longest time, it seemed that the majority of Android tablets would fall under one of two categories: you either had the much smaller tablets with 7-inch displays or you had the larger ones with displays around 10-inches. These days, though, we’re finding more tablets that fill that gap like the Galaxy Note 8.0 from Samsung. Further filling that void is this latest offering from Korean cousin LG.

The LG G Pad 8.3 made its official debut in their home country of Korea on October 14 and now they’ve expanded the distribution to also include the United States. That’s in line with their earlier promise to deliver this Android 4.2.2 Jelly Bean-powered tablet to international markets following the launch in Korea.

As a quick refresher, the 8.3-inch IPS display on this tablet features a full HD 1920×1200 pixel resolution, resulting in a pixel density of 273ppi. Under the hood, there’s a 1.7GHz quad core Snapdragon 600 processor, 2GB of RAM, 16GB internal memory, a microSD expansion slot, and a reasonably beefy 4600mAh battery. The 5MP rear camera rounds out the highlights.