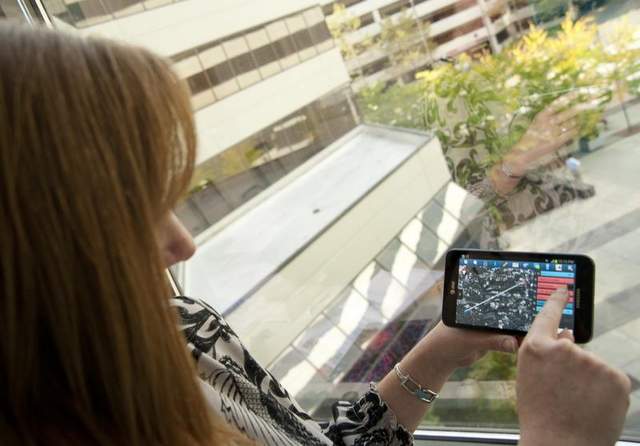 It’s clear enough that wars of the future are going to involve fewer boots on the ground and a lot more drones, robots and automation. Continuing with this trend, a smartphone app is being developed wherein troops can effectively initiate a full-blown air strike with a few simple taps of the screen.

Angry Birds, this most certainly is not. The app is being developed by Draper Laboratory of Cambridge, Massachusetts, in tandem with the Air Force Research Laboratory in Rome, New York. The program is called ATAK, standing for Android Terminal Assault Kit. The military personnel will open up the app, look at the area map, label the locations of the targets, and inititate the airborne attack.

Soldiers can then call in the airstrike information more quickly and more intuitively than they currently do on a laptop or via a radio. The app could store pertinent information about the location of friendy forces and civilians (in blue), as well as information about the enemy targets (in red). This way, troops wouldn’t have to rely on their inherently unreliable human memory. There would be fewer errors and less miscommunication. The ATAK app could even stream live video from Predator drones.

“We designed the system so that it would integrate with military radios and networks that are available today,” said Draper group leader Laura Major. “We didn’t want to target something five to 10 years out, when today’s solution is to use tactical radios.”