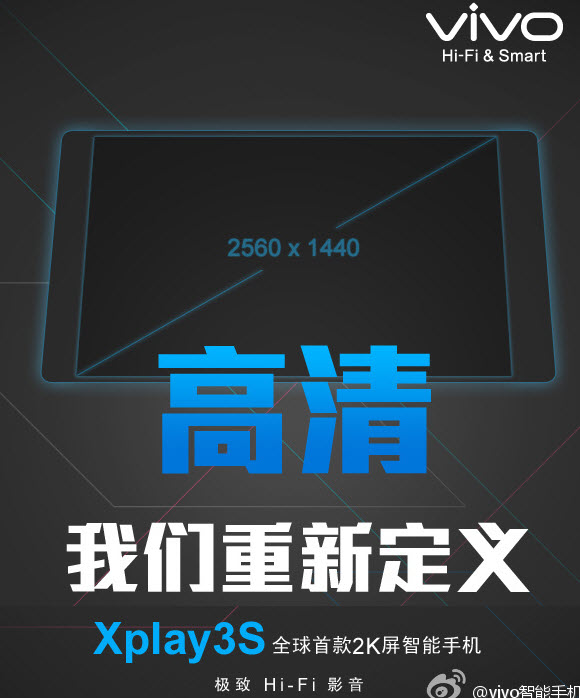 I remember last year when we were positively floored by the HTC J Butterfly. This was the first ever smartphone to boast a 1080p full HD display, but if you look around the Android world today, just about all of the top-tier phones are doing the full HD dance. Is it time to go further?

While not quite reaching the mind-blowing resolutions of 4K TVs, the Vivo XPlay 3S just might be the world’s first smartphone with a 2K display. That’s an effective resolution of 2560 x 1440, which (aside from the difference in aspect ratio) is roughly the same resolution as a 13-inch Retina MacBook Pro, except it’s been shoved into smartphone-sized proportions. The actual screen size has not been revealed, but if I were to venture a guess, I’d put it in the six-inch phablet range.

Making our way through the rest of the specs on this Chinese-made phone presumably for the Chinese market, we find a 2.2GHz Snapdragon 800AB chip and 4G support for the three Chinese wireless carriers. The expectation is the XPlay 3S will launch before year’s end. Does this mean that more mainstream companies like Samsung and Sony will soon follow suit with 2K phones of their own?