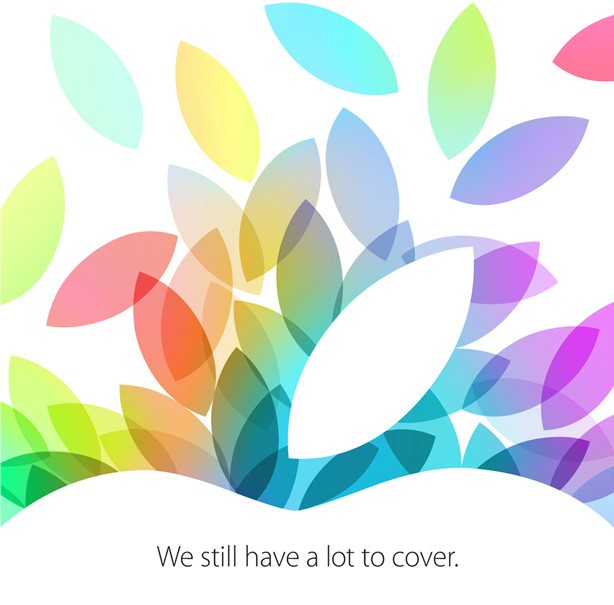 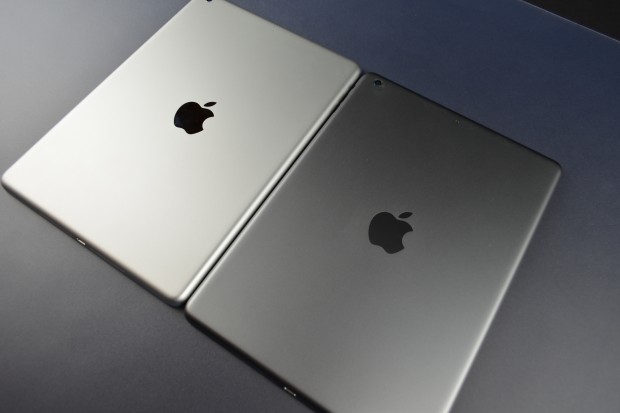 We all knew this day was coming and now it’s a little more official. Apple has officially sent out invitations to a special event on October 22 in San Francisco and we are fully expecting them to reveal the newest generation of iPad tablets to the world. This will include an iPad 5, plus an updated version of the iPad mini boasting a Retina Display. At least, that’s what all the rumors are telling us.

Starting with the fifth-generation iPad, Apple should be keeping the screen at the same 9.7-inch size as previous generations. However, they’ll be shaving down on the bezel around the display, so the overall dimensions should be smaller. In all likelihood, the iPad 5 will also have the same TouchID fingerprint scanner as the iPhone 5S. It should have the A7 processor too.

An updated model of the iPad mini should also make its debut at the event next week. The biggest change will be the inclusion of a Retina Display, but there’s word that it could take on the same colorful polycarbonate aesthetic as the iPhone 5C. Finally, Apple could also use the event to announce a new Apple TV and MacBook Pro. It’s unlikely, but the iWatch could be there too.

Of course, Apple is staying mum on the details, but they are saying that they still have “a lot to cover.” Take that how you will.