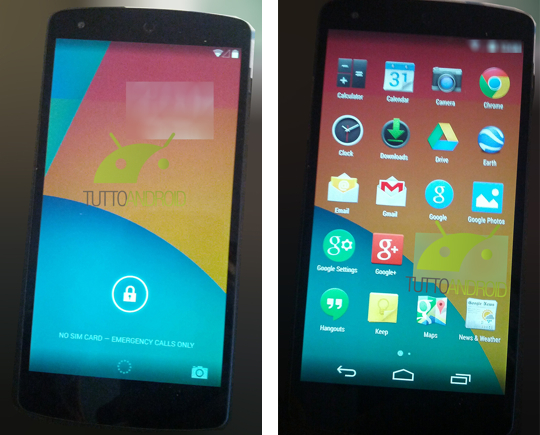 The Galaxy Note 3 and the Xperia Z1 are great and all, but the Android phone that everyone is looking forward to this holiday season is the Nexus 5. There’s just something magical about the pure Google experience and the rumored $299 outright price point is pretty appealing too. And now, the latest set of leaks are showing us a little more about what to expect.

First, a leaked screenshot of the settings page in Android 4.4 KitKat is showing a new section called Tap & pay. This seems to replace the Payments section that we had seen before, but it looks to confirm that NFC-powered mobile payments should be fully supported by the Nexus 5. No big surprises there, so you will be able to “pay with just a tap.”

As far as the Nexus 5 hardware itself, images seem to point toward a “slightly more square” form factor with a rubber backing. There’s also mention of a “Nexus 4 2013,” which is presumably the same phone as the Nexus 5. They’re saying the display is “very beautiful” and “very bright.” All shall be confirmed this month, as that’s when we’re expecting Google to reveal the newest Nexus to the world.