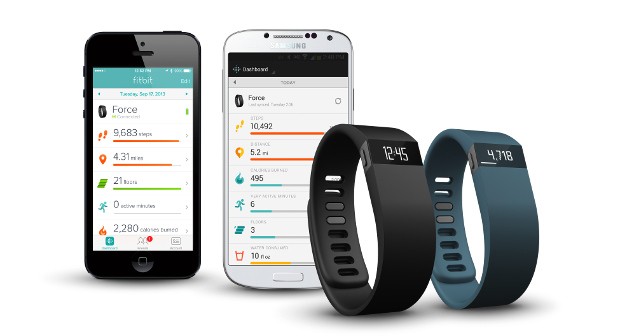 You might already be familiar with the Fitbit family of activity trackers. You might even have one, happily tracking how many steps you take each day and how much sleep you’re getting each night. As much as people may have liked the Fitbit Flex, it was missing one critical feature: a display. The Fitbit Force activity tracking watch fixes that.

It may not exactly be the most exciting revelation, but it is a welcome one. The Fitbit Force takes the same rubberized design aesthetic from the Fitbit Flex, but tacks on a display like how you found on the dongle-ish Fitbit One. There’s also an altimeter in there, so it can track the number of stairs you climbed, as well as the number of steps you’ve taken.

When you pair it up with an iPhone 4S or newer running iOS 7, the Fitbit Force will also act as a caller ID display (via Bluetooth 4.0) for when you have incoming calls. It also works with select Android devices including the Galaxy S4 and Note 2.

Aside from that, it’s pretty much the same Fitbit experience you’ve come to know and love. Battery life is rated at up to 10 days, but naturally your mileage will vary. The launch date has not yet been set in stone, but the folks at Fitbit say the Force will be made available for purchase in two or three weeks. At that time, you’ll be able to plunk down your $130 to get it.