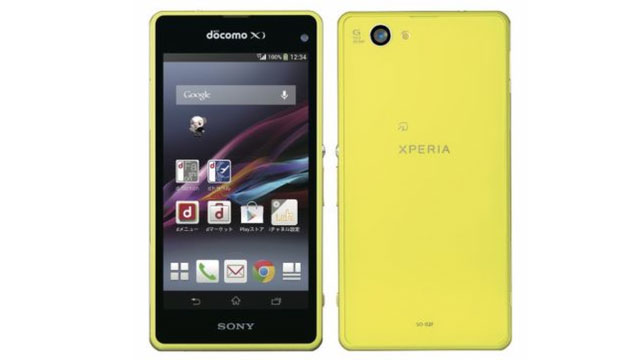 The current crop started with the Sony Xperia Z and Xperia ZL earlier this year. Then, they recently got followed up by the more powerful Sony Xperia Z1, but what if you don’t want such a big phablet? Sony has now gone smaller again with the Xperia Z1F.

I’m not really sure what the F is supposed to stand for, but the idea here is that they have taken most of the guts found in the flagship Z1F and put them into a shell containing a smaller 4.3-inch display. You also lose quite a few pixels as you’re down to a 720p resolution, but you retain the quad core 2.2GHz Snapdragon 800 chip, 2GB of RAM, and the impressive 20.1MP G Lens camera.

You can also expect to find the full suite of wireless connectivity, including NFC, Wi-Fi, Bluetooth, and Qi wireless charging. Rounding out the techie bits are Android 4.2 and 16GB of internal storage.

To be available in your choice of four colors (lime green, black, white and pink), the Sony Xperia Z1F is currently only being offered to the Japanese market via Docomo starting in December, but there is a good possibility it will also launch in other international markets. It’ll follow in the same trend we’ve seen with the HTC One Mini and Samsung Galaxy S4 Mini.