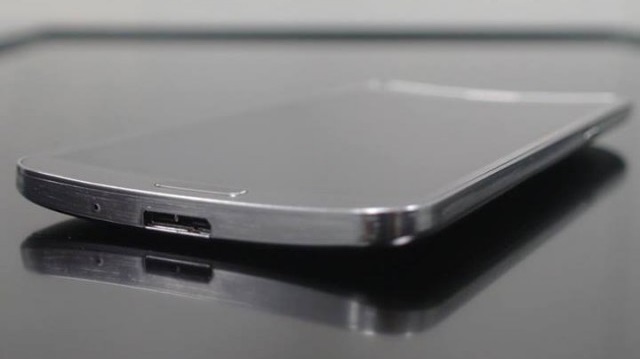 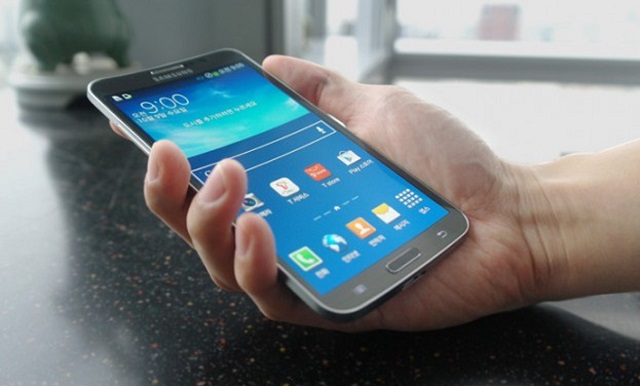 We knew it was coming and it has arrived. Samsung has unveiled their Galaxy Round curved phone in Korea.

The Galaxy Round boasts a 5.7″ 1080p flexible display, and the device is slightly curved along its short side. The upcoming curved handset from LG is expected to come with a curve along the long axis, therefore the LG device should be a better fit for your face when you make calls.

A new feature enabled by the Round’s curved design is called “Roll Effect”. All you have to do is push down on one edge of the Round when the device is lying on its back and you will be able to see time, notifications and other info on the screen. The info is turned off when you release the phone (video below shows the Roll Effect).

The design reportedly also allows other interface tweaks. There is the “gravity effect” which allows you to get to a music-focused interface by rocking the handset with a finger. And there’s Bounce UX for turning on music player shortcuts even if the display is off.

The Round reportedly feels better in the hands all thanks to the phone’s arc. But you probably won’t feel better when you hear the handset’s price tag. It will be available in South Korea via SK Telecom on October 10th for around 1.09 million won, which is about $1014. There are no hints regarding a US release for the Round.

Are you interested in the Galaxy Round? It is almost the same as the Note 3 when it comes to the specs, but there’s no S pen coming with the Round. It’s just a curved phone with a few motion control features, and you will have to pay a lot more to get it. So, are you going to buy it if it hits stateside? Share your thoughts below.