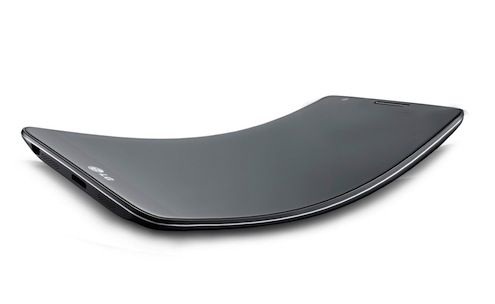 What can you do to make your products stand out from the competition? In the world of high-end smartphones, it seems like we’ve reached an era of diminishing returns. How much faster does the processor really need to be? How much bigger does that display have to be? That’s why we have new phones like the Moto X that buck this trend, but it looks like LG is about to throw us a much anticipated curveball.

We had already heard that Samsung plans on releasing a smartphone with a curved display (some people are calling it the Samsung Galaxy Round), but LG isn’t far behind with a curved smartphone of its own. As far as I can tell, there’s no name associated with it yet, but LG Display Co Ltd has already started production of a six-inch curved display that will be used in a smartphone set to launch next month.

There is at least one critical difference between the upcoming LG phone and its Samsung counterpart. Whereas the Samsung model is said to curve side to side, the LG smartphone will have a display that curves top to bottom. I’m not sure how much of a real advantage this will have over the current slate of “flat” smartphones, but at least it’ll be different.

And it’s not like LG and Samsung are strangers to curved displays. Both companies already sell OLED TVs with curved displays, but these sell for about $9,000. Getting the tech down to smartphone proportions and getting the cost down to a more accessible level are the real challenges here… and then you have to convince consumers that they want a curved display at all. Do you?