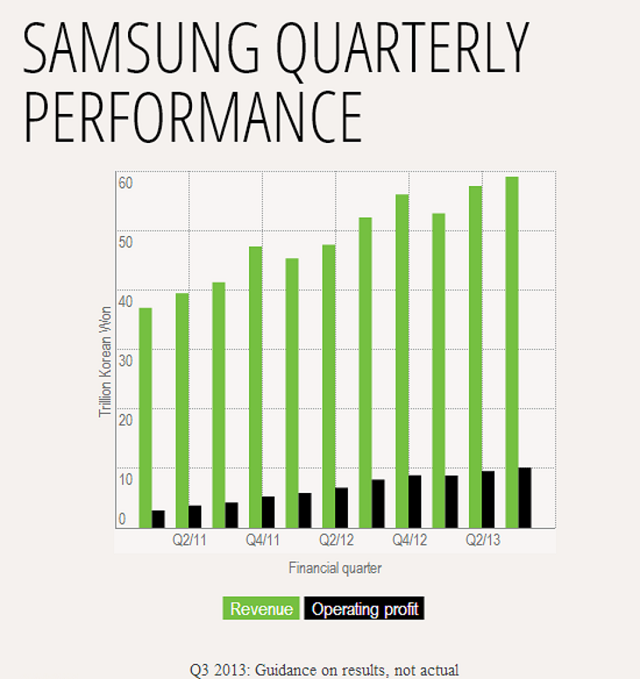 Back in July, investors were disappointed with Samsung’s results for Q2 2013 though record profits were posted. But as expected at the time, the company has done better in the third quarter. The company’s earnings guidance for Q3 of 2013 is showing record breaking numbers.

As you might know, Samsung has always been very accurate with its estimates. So the numbers they have just released should be correct. If so, we are looking at an increase from the operating profit of 9.53 trillion won (about $8.5 billion) and sales of 57.46 trillion won (about $51 billion) Samsung reported in Q2.

But everyone will surely be interested to know about the company’s smartphone sales numbers. Sales of smartphones are probably what helped Samsung to break records again. According to estimations made by Shinhan Investment Corp. analyst Kim Young Chan, the company’s Q3 handset sales reached 85 million units (an increase of 10 percent from three months ago).

According to some analysts, shipments of mid- to low-end models have risen sharply. And it is expected that the company will report record- breaking numbers in the fourth quarter as well thanks to increased sales of high end devices like the Note 3.

But while its joy over at Samsung, HTC has confirmed that the company is losing money.