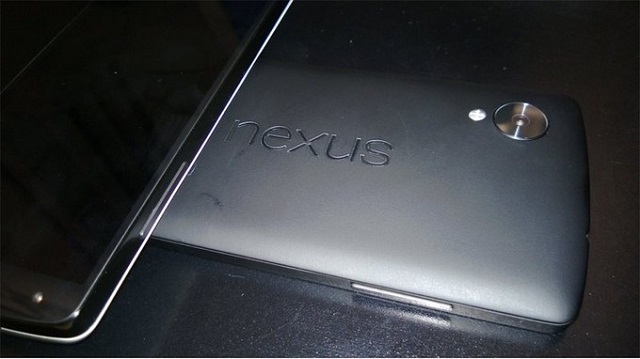 As you might know, the upcoming Nexus 5 is based on the LG G2 and it will be running the next version of Google’s OS, Android 4.4 KitKat.

The poster of the new image says that the device’s backplate feels similar to that of the new Nexus 7 and its display is only “ok“. The screen apparently is not as impressive as the one on the Note 3. When asked about whether more details about the device could be revealed, the poster said, “I wish i could. Google is sneaky and has ways to see where the leaks come from. They are funny too. When the phone started up it needs to be updated. Some experimental software stuff and it says you need to guard it like a ninja”.

We have heard that the device will come equipped with a 5-inch full HD display (442ppi), a 2.3GHz Snapdragon 800 processor, 2GB RAM, LTE, a 1.2MP front cam, 16GB of storage and a 2,300 mAh battery (supports wireless charging). And the device seems to have a pretty large camera lens. The device could come with an 8MP cam, and maybe the camera will be “insanely great“.

According to rumors, Google might announce the device on the 14th of October. So how about it: are you interested in the Google Nexus 5?