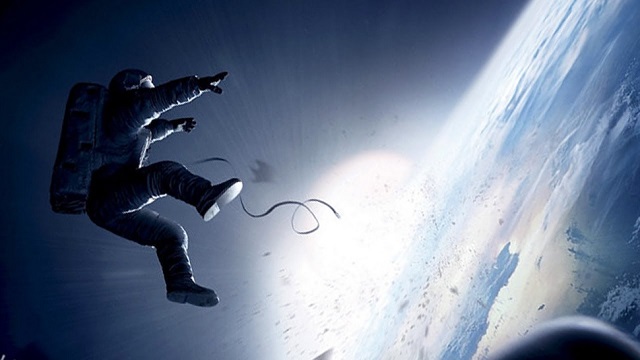 Spoiler Alert: We would like to warn you that this article will reveal to you some plot details of the movie Gravity, which is scheduled for release in the US on the 4th of October.

If you have seen the epic trailers for Gravity, directed by Alfonso Cuarón, you are probably waiting anxiously for the film to hit theatres. It looks like the movie is going to be a big hit, even if the story doesn’t make any sense. Yes, the movie is nonsense. That’s according to real astronaut Michael Massimino.

Massimino has been on missions for repairing the Hubble Space Telescope, just like the characters played by George Clooney and Sandra Bullock in Gravity. In the film, something bad happens while the astronauts are spacewalking. After that our floating astronauts have no other way to escape death except flying to the ISS via jetpack. But that’s where it doesn’t make any sense, because flying to the space station would be impossible even for space shuttles:

As we recall from bitter memory, the Hubble and the space station are in vastly different orbits. Getting from one to the other requires so much energy that not even space shuttles had enough fuel to do it. The telescope is 353 miles high, in an orbit that keeps it near the Equator; the space station is about 100 miles lower, in an orbit that takes it far north, over Russia.

To have the movie astronauts Matt Kowalski (Mr. Clooney) and Ryan Stone (Ms. Bullock) zip over to the space station would be like having a pirate tossed overboard in the Caribbean swim to London.

So, what’s shown in Gravity will only happen in the movie. Of course, it’s only a movie – but a lack of realism might spoil it for some.

What are your thoughts about this plot hole in Gravity? Leave your comments below.