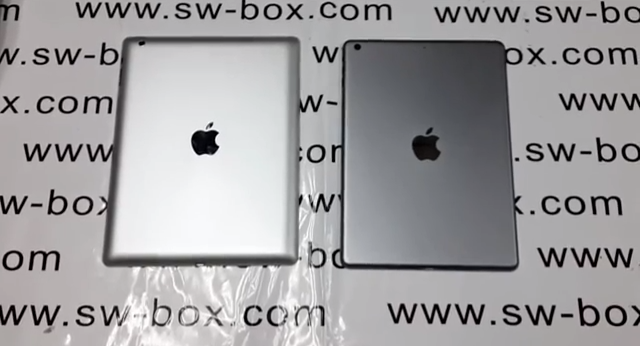 Waiting for the upcoming iPad 5 and the iPad Mini 2? As you might have heard, Apple is expected to unveil both their upcoming tablets on the 15th of October. So after two weeks, you might be able to take a peek at the official iPad 5 which is said to be lighter, thinner and narrower than the iPad 4.

Can’t wait any longer to see how different the iPad 5 is from its predecessor? No worries, Chinese part manufacturer sw-box.com has you covered, with a brand new video that gives you a closer look.

All of these changes suggest that the new iPad will be more comfortable in the hands.

Similar to the iPad Mini, the iPad 5’s volume rocker has two parts and not just one. The iPad 5’s stereo speakers are also coming with a new design.

Check out the video to get a better look:

What do you think of the new iPads, based on what we currently know? Share your thoughts below.