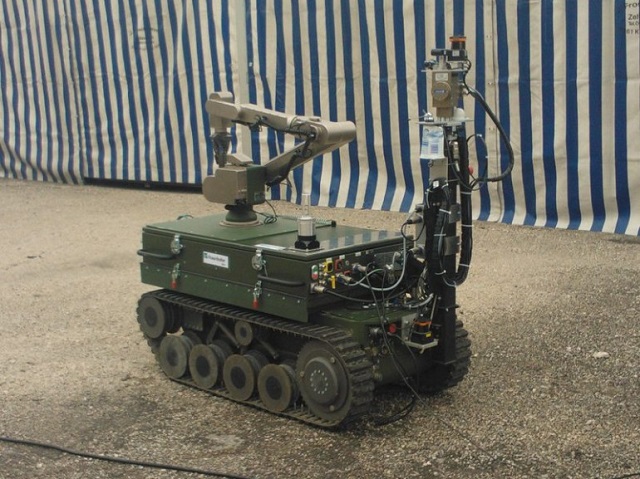 One of the main uses for robots is that they could be used for doing tasks which are very risky for humans, you know like bomb disposal and all, but we need smart robots for doing those tasks. That is why events such as the Eurathlon are very important for improving the capabilities of robots. Human operators with their unmanned autonomous vehicles recently competed at the first ever Eurathlon in Berchtesgaden, Germany.

At the Eurathlon, robots compete in mock disaster-response scenarios. Bomb disposal is there, and there are also scenarios which involve reconnaissance and surveillance, search and rescue in an underground area filled with smoke, mobile manipulation, and autonomous navigation. The UAVs have to face many challenges, some of which are common throughout the scenarios, such as low light, closed doors, difficult terrain, identification of objects of interest, to name a few.

Depending on the level of autonomy, there are three different categories that the vehicles can compete in. During the competition, a remote operator and an on-site technical assistant can provide support for a vehicle, but there is a score deduction for human assistance.

They have already announced the winners of some of the scenarios. The teams don’t have to compete in all the events, but two German-based robots, PackBot EOD 510 from ELP and telemax from telerob, competed in multiple events.

They have also organized workshops and displays at Eurathlon and the event ends today. The focus of Eurathlon happening in 2014 will be sea based vehicles, and a land, sea and air event has been planned for the year 2015. Head here if you want to know more about Eurathlon.