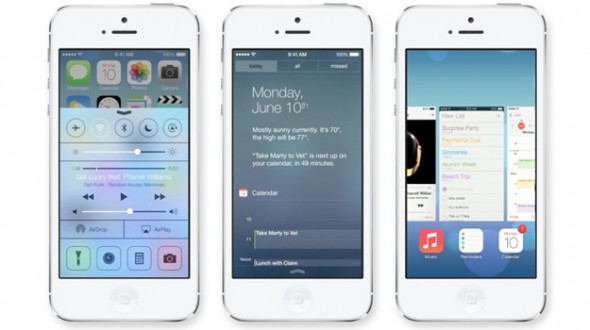 If you were one of the people who went out and bought an iPhone 5S or an iPhone 5C, then you’ll already know that your iPhone comes pre-loaded with iOS 7. Of course, you don’t have to buy a new iPhone to get the latest version of iOS. You could upgrade your iPhone 5 to iOS 7 pretty easily and a lot of people have done it. What they don’t realize is that there is no turning back.

When you take your existing iPhone and run it through the update process to get iOS 7, you effectively take away the option of downgrading back to iOS 6 if the new visual style doesn’t tickle your mobile fancy. If you were to try to roll your iPhone back to iOS 6, you’ll be greeted with an error message in iTunes saying that you can’t do that. If you do find that your iPhone is having some trouble, you could also just do a restore… but it will restore back to iOS 7.

This isn’t necessarily a bad thing, per se. You do get access to some new features in iOS 7 like Control Center for quick settings access, but it is a bit of a bummer if you don’t like the new colorful and flat style. I’m sure there’ll be some hacks and workarounds for this kind of thing, but on an official basis, if you made the leap to iOS 7, you can say goodbye to iOS 6 forever. At least you won’t be alone. Apple says that iOS 7 has been installed on over 200 million devices.