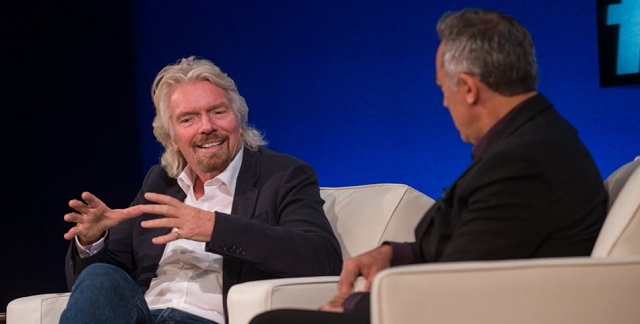 Want to go to space? If yes is your answer, and if you have a lot of money just lying there in your account, you might be able to enjoy space travel as early as next year. According to Sir Richard Branson, commercial space travel will be available in 2014.

Branson’s Virgin Galactic, the company which aims to make commercial space travel a reality, recently conducted the second test flight (check out the video below) of their SpaceShipTwo (SS2) Enterprise. The suborbital spacecraft, which gives out near zero carbon emissions, will be taking passengers for a ride outside the atmosphere. Though things won’t be like in a NASA space shuttle, you will certainly be seeing a whole lot more than what you get to see from a plane.

But good things never come cheap, right? At present, a ticket costs $250,000. It might get cheaper sometime in the future. But if you thought that this is just about going for a ride into space, you should listen to what Branson thinks about all this. According to Branson, who was talking at the Social Good Summit earlier, “Through space travel, we’re going to be able to do transformative things for the world. We’re going to be able to monitor if a ship is fishing illegally — we can spot it live through our satellites. We can check if people are hunting down rhinos“.

So, do you want to become a space tourist? What do you think about the commercialization of space?