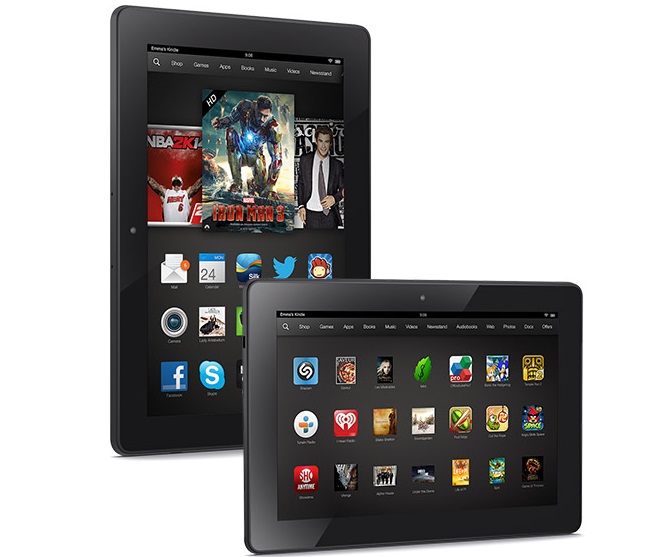 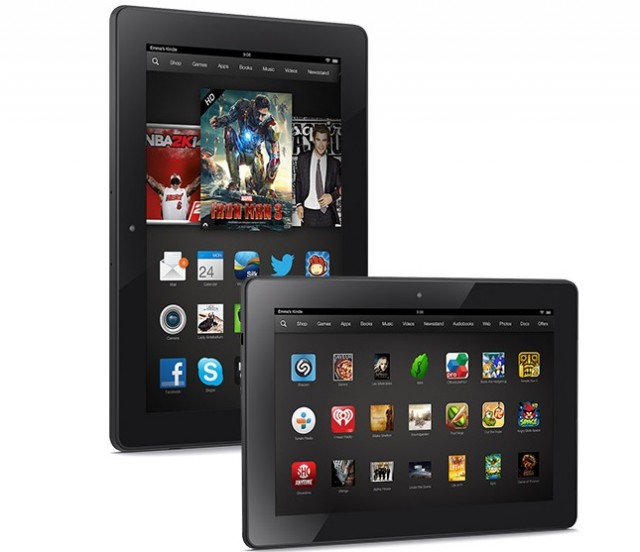 Both HDX tablets are rocking 2.2GHz Qualcomm Snapdragon 800 CPUs, 2GB of RAM, and 16/32/64GB storage options. The tablets also offer a front-facing HD camera, though only the 8.9-inch model has an 8MP rear cam. The 7 and 8.9-inch HDX tablets will have a 3G/4G option as well.

What about the refreshed Kindle Fire HD? This 7-inch model has a dual-core 1.5GHz CPU, 8/16GB storage options and no cameras. It does still have a fairly decent (though not nearly as impressive) resolution of 1280 x 800 with 216 ppi.

While releasing new hardware is a big deal, the software side is equally important. As you probably already know, Kindle Fire devices run on an Android fork known as “Fire OS”. With Fire OS 3.0, there are apparently hundreds of new enhancements, including a new task switcher and the support for second-screen features with the HDX series.

Probably the most significant software feature is the May Day button, though.

Found under quick settings, pressing this button launches Amazon tech support, which includes one-way video chat that can help give you the assistance you need. The Amazon tech support professional can even change settings for you, draw on your screen and more.

Even better, the service is absolutely free and is available 24-7, 365 days a year.

Considering the Kindle line generally attracts a less techy crowd (though not always true), this is a pretty big deal.

When are they coming?

So what do you think, planning on picking up any of these new Kindle Fire devices? If so, which one do you have your eye on?