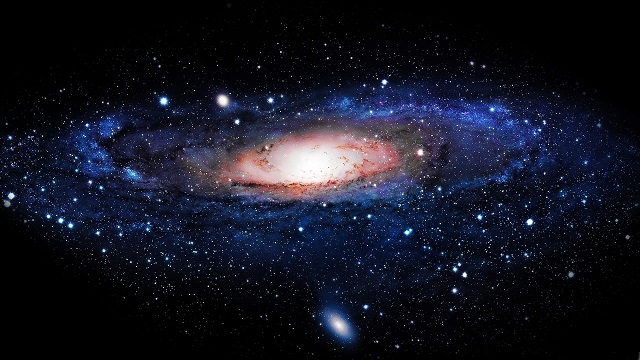 Sick of the Milky Way Galaxy? Ready to get the heck out of dodge? No problem, all you need is a way to travel at a speed of 1.2 million mph, and BOOM – you’re outta here!

Crazy as it sounds, that’s the new theory – at least according to a team of researchers from the Leibniz Institute for Astrophysics in Potsdam, Germany. Using a Radial Velocity Experiment survey, they analyzed the motion of 90 high-velocity stars and were able to essentially calculate the speed at which objects can exit the Milky Way.

So is it possible for a human craft to eventually generate enough speed and power to leave the Milky Way? Maybe. Your spaceship would have to hit a staggering 1.2 million miles per hour, or .2 percent of the speed of light to escape our Galaxy’s gravitational pull, though.

Astronomer Joss Bland-Hawthorn puts the idea of a spacecraft leaving the Milky Way like this:

“I know it’s a crazy idea, but if you had lots of matter and lots of antimatter, you could power a spaceship out of the galaxy.”

Of course, today’s spacecraft can not even come close to this goal. But there’s always a tomorrow, and our technological prowess continues to grow with every passing year.