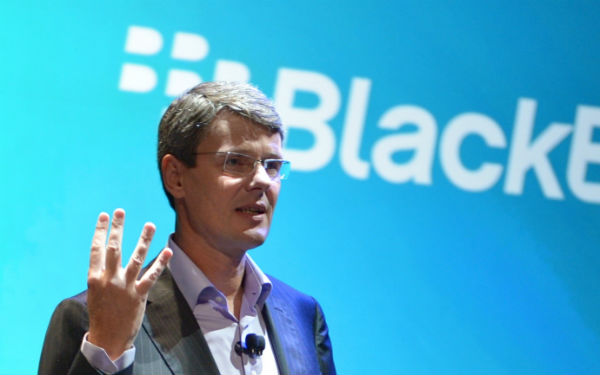 The company once known as Research in Motion has clearly seen better days and its fall from grace is well documented. BlackBerry is effectively on the market for any interested buyers and it looks like Fairfax Financial has put forth an official offer to snatch up the struggling Waterloo-based firm.

Fairfax Financial isn’t new to BlackBerry, of course, as it already owns 10% of the company. With a letter of intent to buy BlackBerry at $9 a share, Fairfax could then snatch up the remainder for a total purchase of $4.7 billion. This would take BlackBerry private and this could “open an exciting private chapter for BlackBerry, its customers, carriers and employees,” said Fairfax chairman and CEO Prem Watsa. They’re looking to “focus on delivering superior and secure enterprise solutions to BlackBerry customers around the world.”

There had been earlier rumors that BlackBerry would have to be broken up into different pieces in order to be sold off. One company might buy up the patents, another for the software, another for the handset division and so on. If it can all fall under the singular Fairfax umbrella, perhaps that could give BlackBerry the best chance at long-term survival. This news comes in the wake of 4,500 layoffs; that’s 40% of BlackBerry employees. It doesn’t help that the stock continues to fall either, dropping more than 20% on Friday following news of a bigger second quarter loss.

Could BlackBerry go the way of Sega? I know smartphones and video games aren’t the same thing, but when Sega started struggling to compete with Nintendo and Sony, it dropped its hardware business and focused on software. BlackBerry could do the same – though it’s attempt to launch BBM on Android and iOS hasn’t went without its own problems.