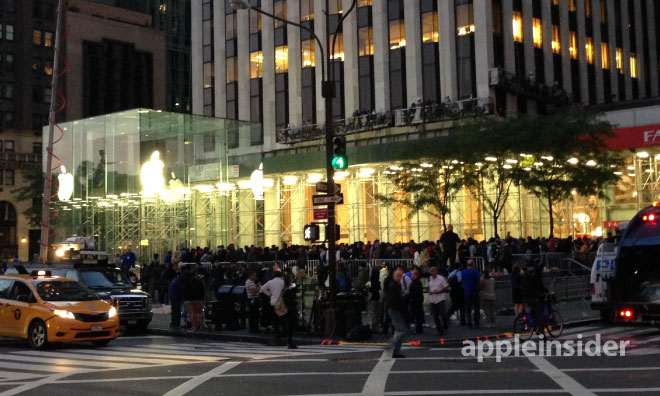 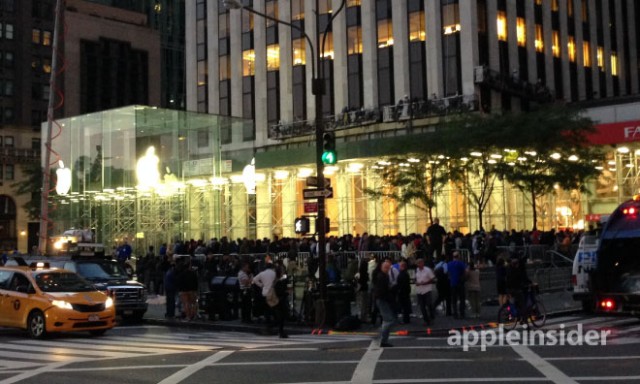 There are going to be a lot of people who will tell you that the iPhone 5S is such a small, incremental improvement over the iPhone 5 that it’s not worth getting. There are going to be people who will tell you that the “unapologetically plastic” iPhone 5C is still just plastic and it’s not at all the “affordable” iPhone that we had hoped it would be. And then you are going to have those huddled masses who will line up for hours on end to be among the first with the new iPhone and, well, there are a lot of huddled masses.

Not surprisingly, the launch day crowds for the new iPhones were quite massive, particularly at the Apple flagship store on Fifth Avenue in New York. I actually went to that store a couple days ago (on the 18th) and there was already a line of people there who had been camping for some time already. It wasn’t nearly as huge as the full launch day crowd that you see above, but they were there. 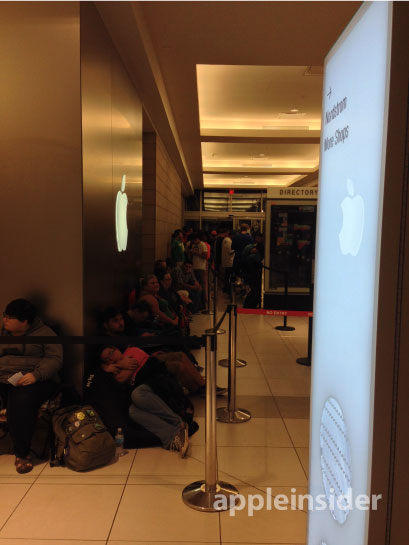 Then again, you almost expect to see these lineups at the flagship store because the launch of a new iPhone is quite the event in its own right, regardless of how people feel about the iPhone itself. Even so, there were still no shortage of lineups in other parts of the country, even in (relatively speaking) smaller markets. What you see here is the line outside the store in Indianapolis. What’s nice is that some Apple Stores were handing out free snacks to those waiting in line to keep them fueled and happy.

And this doesn’t include the crowds of people who were simply staying at home to brave the digital lineups of the Internet to get a new iPhone 5S or 5C. Did you get one? Is it everything you had hoped it would be?