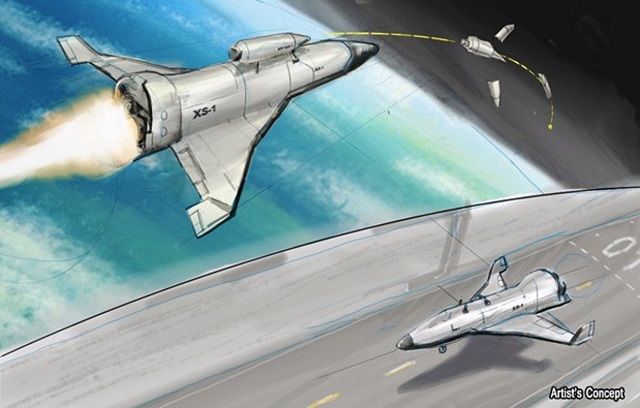 Launching a satellite into space is always a very expensive operation and that’s probably why launches never happen that frequently. That said, these costly problems will be solved if DARPA’s XS-1 program is a success. The program involves developing a reusable unmanned spacecraft, which will allow satellites to be launched more often – at significantly lower costs.

DARPA aims to develop a spacecraft that will require the minimum of ground crew. They have invited design proposals for the XS-1, which should be able to reach speeds of more than Mach 10 and could be launched 10 times in 10 days.

If things go well, the XS-1 will make the launching of small satellites an everyday operation and “reduce the cost of access to space for small (3,000- to 5,000-pound) payloads by at least a factor of 10, to less than $5 million per flight”. They are talking about “aircraft-like” costs.

But of course we may not see the DARPA ship flying anytime in the near future. Some of the first proposals will be received on October 7th, and who knows when they are going to select a project after going through all the different ideas. Everything will take a great deal of time, probably years.

Still, the DARPA XS-1 could be a huge deal, if and when it is successfully created. What do you think? Share your thoughts below.